BEAVER CREEK, Colorado – The area around Vail, Colorado has long been a combination of natural beauty and modern taste, and the Vilar Performing Arts Center at Beaver Creek Resort has plenty of both. Opened in 1998, the performing arts center is focused around its small but brilliantly executed 530-seat venue, which hosts approximately 150 events year-round, including a wide variety of jazz, comedy, dance, film, Broadway musicals, theatre, rock concerts, family shows, and more.

Earlier this year, the venue took a huge step forward—one that solved technical problems, brought it fully up to date in a fast-changing theater-technology landscape, and positioned it for the future—when it installed a suite of DiGiCo products. The venue’s new FOH console is the compact but powerful SD12, backed by an SD-Rack loaded with 32-bit “Ultimate Stadius” Mic Pre-Amp cards.

The new and unique 4REA4 system was also installed, acting as a matrix hub, system processor, and more. All of this, along with a new A164Wall LCD I/O expander for the stage, joins a DiGiCo SD9 console already in place for monitor mixing there. Clearwing Systems Integration’s Denver team supplied the technology package.

Designed by Hardy Holzman Pfeiffer Associates of Los Angeles, the compact yet muscular Vilar Performing Arts Center’s wood-paneled columns, walls and ceilings, combined with its European-style curved-horseshoe seating layout, give the venue a timeless air. Less pleasant, however, were the noise and other artifacts of its original analog console and audio systems.

“Ground loops and noise were constant, and it was clearly time to upgrade,” says VPAC Technical Director Matt Phillips. Working with local DiGiCo dealer Navatech + Warman Marketing and Ryan Shelton of DiGiCo US distributor Group One, they conceived—and VPAC integrated—a system comprising the SD12, 4REA4, and the ancillary products that would leapfrog the Vilar Performing Arts Center from the 20th century into the networked digital present and prepare it for the decades to come.

“We’re a small venue, but one with a passionate donor base,” Phillips says of the non-profit theater. “We want to be the best of our size in the region, and be able to attract artists and performers that would go to larger venues such as Red Rocks. The DiGiCo technology lets us do that; the SD12 is a rider-friendly console that gives us a huge amount of functionality and flexibility for our rotating production staff and for guest FOH engineers. Most are familiar with the SD workflow, and if they’re not, it’s incredibly intuitive and we can bring them up to speed on it quickly.

“The 4REA4 is a very new technology, and we understand it’s still evolving, but it gives us a system at front of house that will soon ride on the Optocore loop and currently provides us additional processing for the PA system, such as limiting before the crossover, because we have a strict dB limit in the house, and for additional EQ. Also, it acts as a matrix and can let guest consoles connect via MADI, Dante, AES or analog, as well as lets us send feeds to different areas, such as a separate feed we can now send to the patron lounge, backstage area, and my lighting position. There are so many things that we can do now that we simply couldn’t do before.”

Phillips enumerates a slew of other ways that the DiGiCo products have made the Vilar Performing Arts Center’s goal of being the best in the Rockies achievable, including putting its audio on a 32-bit level and setting the stage for future enhancements, including potentially offering artists a multitrack recording of their shows. And a SoundGrid server for the Waves plug-in bundle that was part of this package lets more visiting artists and their engineers simply walk in and perform.

“Both DiGiCo and Clearwing have been fantastic when it comes to support, which was also a big factor for why we chose them,” he adds. “We’re competitive with any venue of our size now, and just as importantly, we’re relevant for a decade or more to come. Plus, it all sounds great and it came in within budget, so everyone is happy.”

For more details on the Vilar Performing Arts Center’s schedule and facilities, visit vilarpac.org. Clearwing Systems Integration can be found on the Web at www.systems.clearwing.com.

We’re competitive with any venue of our size now, and just as importantly, we’re relevant for a decade or more to come. Plus, it all sounds great and it came in within budget, so everyone is happy. 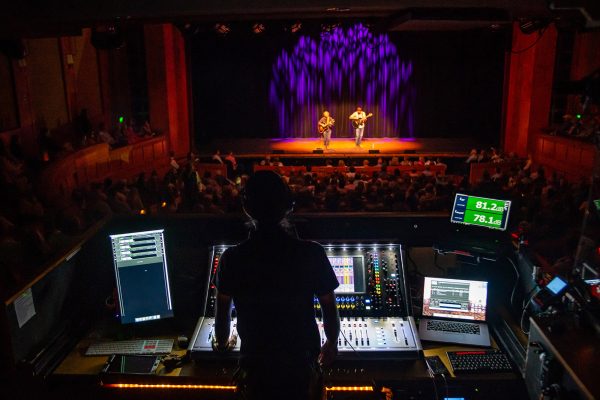 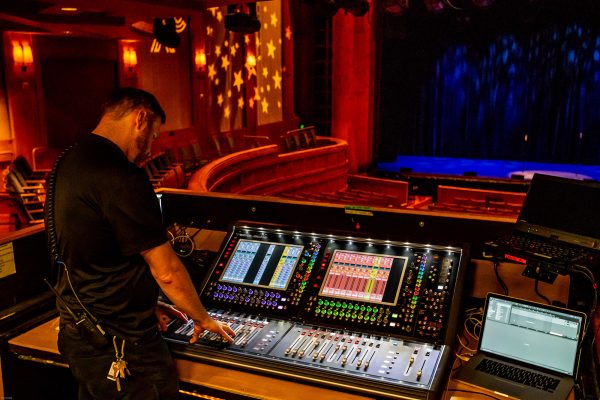 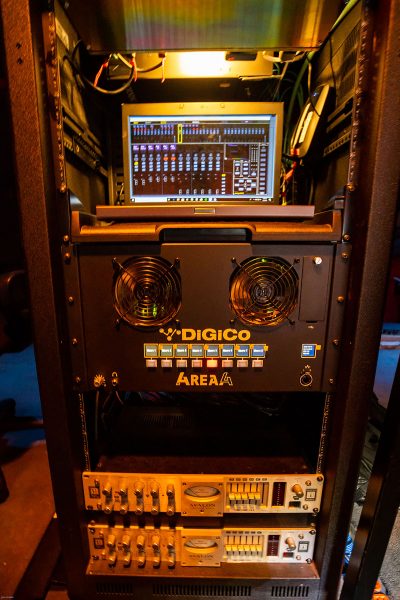