English tenor and actor Alfie Boe is perhaps best known for his outstanding portrayal of Jean Valjean on the 25th Anniversary edition of Les Misérables at the O2 in 2010, which earned him a five-month run in the West End production at the Queen's theatre the following year. He has also sold more than one million albums in the UK, with his recent duet albums with Michael Ball, Together, and Together Again, going platinum and double platinum respectively and both hitting the number one spot. His latest solo record,As Time Goes By, released in 2018, also made it into the top 10. He has recently completed a highly successful UK tour, as well as a handful of shows in Europe and Japan, with long-time FOH engineer, Mark 'Joey' Jowitt, and monitor engineer, Steve Bunting, both relying on DiGiCo consoles – an SD10 and SD7 respectively, supplied by Major Tom - out on the road.

“Alfie is a very personable and easy-going guy, and he’s very appreciative of the job everyone does,” says Bunting, who has worked with Boe for several years, including his time touring with Michael Ball. “We have a great team on this tour – not just on audio, but across the whole crew and band… And we still get on! The support we have had from Andy Banks at Major Tom has also been great – and the schedule hasn’t been too tough – we never do more than two shows in a row – and it’s done good business.”

The main production tour took place in and around the UK, predominantly in the north, and finished at the Royal Albert Hall in London. After that, Boe took a smaller, five-piece setup to Ireland, Holland and Japan, using local production.

Bunting has been a DiGiCo user for eight years; he says there is always a DiGiCo option to fit whatever gig he is doing, big or small.

“They sound great, they’re really powerful, and the workflow really suits the way I work, letting me arrange the console whichever way I need, and route myself into oblivion if I really want to,” he explains. “I like having the MADI feeds available, which allows me to record every show, and with the firmware upgrades, they just keep getting better.”

Bunting was originally going to use an SD10 for monitors, though during rehearsals the show file grew to a point where it would no longer fit, hence the jump to the flagship SD7.
“There’s a lot going on, with 16 mixes – including techs and spares – as well as FX sends and sub-groups for Alfie,” says Bunting. “The SD7 also really helps my workflow; having the meter bridge and master screen always accessible, and having the extra bank of small faders in the centre is a real bonus.”

Boe’s mix is run from a mixture of sub-groups and VCAs, which are controlled from the centre section of the SD7, with the mix sends accessed from the small faders.

“This way, I can access the band inputs from the left bank, whilst the right bank mostly stays on Alfie’s bank, so I always have eyes on his channel meter. On monitors, I don’t have to do much other than a bit of channel EQ to smooth it out and give it a bit more presence. For reverb I use a mix of plate and hall. He has great vocal control, so he doesn’t want to hear any compression in his in ear monitors. It does mean that I have to split it to two channels though, so the band don’t get the full force of that dynamic range. He can really belt it out!

“By the end of rehearsals, I had actually ended up with 16 FX, including drums, acoustics, horns, and BVs. I use a few multi-band compressors here and there, mostly on the sub-groups, but on the whole, I like to avoid compression as much as possible, relying more on fader changes. I don’t even use any gates. I do really like using the DiGiTubes on the basses and acoustic guitars, though.”
Mark ‘Joey’ Jowitt started working with Boe back in 2005 and has maintained a strong relationship with him ever since.

“The UK tour has been a great success and fun to do, with such a diverse range of music and Alfie’s infectious humour,” Jowitt says. “His voice has such an array of textures: he is able to move from his operatically-trained voice into a number of different musical styles including rock, soul, and country. However, such power has to be contained, so I use the onboard multi-band compressor on the SD10 plus an inserted Avalon 737. I also use a TC 6000 on his vocal, but I augment this with the internal DiGiCo reverbs.”

Jowitt has been a DiGiCo fan since the company’s original D5 and D1 consoles, and says it has been a natural progression to move on with the SD Series.

“The SD10 has all the DSP I need for this show; I just add an overview screen to keep a constant visual on major inputs and group outs,” he concludes.” I use snapshots, as there’s a lot going on with level and FX changes – but mainly for mutes. I mix a fair bit off control groups, but keep the vocal, FX, and master band groups on recall safe mode. I use nine FX internally – I’m a real fan of the Large Hall – then the usual gates and compressors where I need them, plus the DiGitubes on piano and acoustic guitars. The console file conversion software has also been very useful. But what is equally important is that they are readily available globally. That says to me that the rest of the world is in agreement!”

They sound great, they’re really powerful, and the workflow really suits the way I work, letting me arrange the console whichever way I need, and route myself into oblivion if I really want to. I like having the MADI feeds available, which allows me to record every show, and with the firmware upgrades, they just keep getting better. 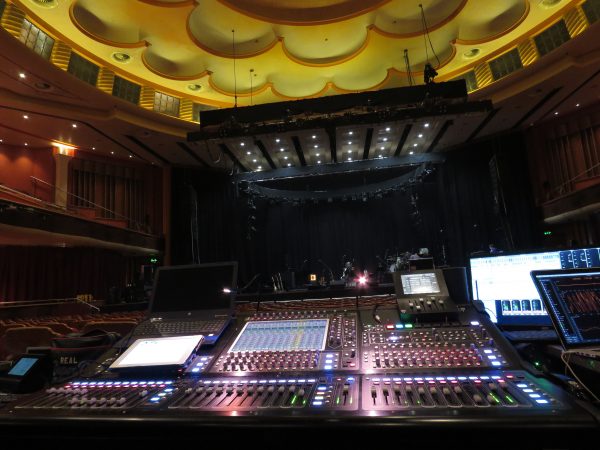 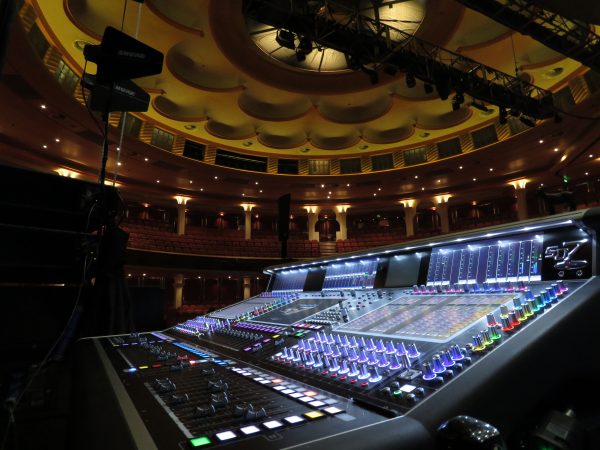 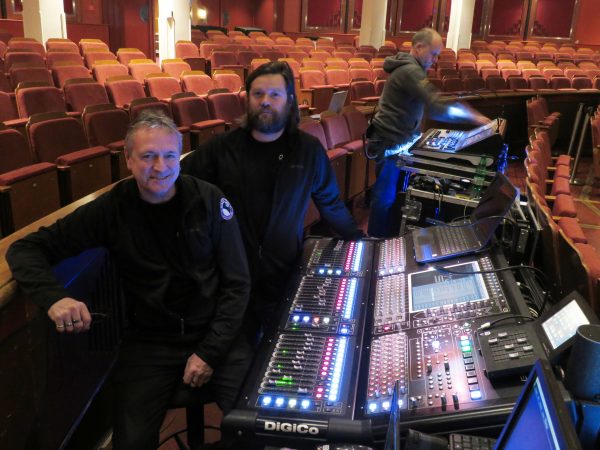 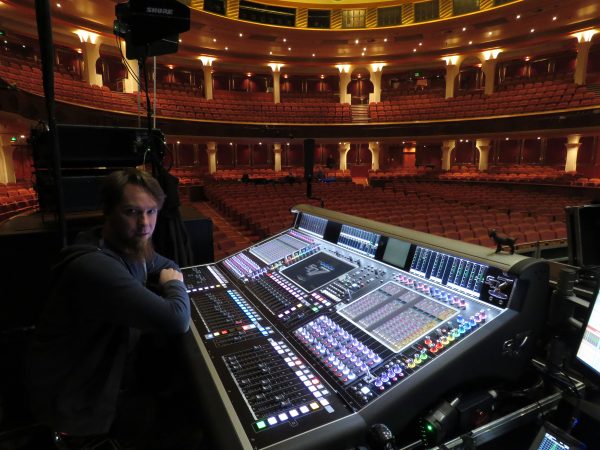