HUNTSVILLE, Alabama – December 2019 – Willowbrook Baptist Church’s main campus in Huntsville, Alabama recently implemented its first step of a multi-phased initiative to update its worship center, and a key part of that process was the implementation of a KLANG:fabrik immersive in-ear monitor mixing system.

Installed by Byhalia, Mississippi-based integrator Redwire Audio Visual in October, the new KLANG system offers up to 16 musicians their own unique IEM mixes over RF transmitters, or headphone amps via XLR. At the same time, the KLANG:fabrik is a fully flexible audio network router of up to 64 MADI, 64 Dante and 32 ADAT-compatible inputs and outputs.

“The new KLANG system was part of the first phase of the church’s update, and it has proven to be a critical component of it,” says Redwire AV President, Founder and General Manager Tim Johnson. “Their worship orchestra had been frustrated by the lack of flexibility with their old IEM system, so we brought the KLANG:fabrik in for a demo, and they experienced a huge difference immediately.”

For starters, Johnson says the KLANG:fabrik’s ability to operate at 96kHz offers a much higher level of sonic fidelity to the musicians. Furthermore, the ability to move mixes around in a fully immersive space has changed how they hear themselves and the music.

“They literally had no idea this science was possible,” says Redwire AV Lead Designer Charles Thompson. “They can put the click above their heads, for instance, and build a virtual stage that reflects where each of them are standing on the actual stage. This creates a realistic in-ear environment that helps them hear everything accurately, because they can hear each other where they are physically, not just left and right. It’s made a huge difference for them.”

Johnson adds that this kind of immersive monitoring environment on stage also helps keep volumes down, which is good for both the music and the congregation in the 800-seat sanctuary. “It also really cleans up the stage, so it all looks a lot better,” he says. “Everyone is already using an iPad for charts, so the KLANG just plugs into that same device, keeping things very uncluttered.”

The KLANG:fabrik takes feeds—via Dante and three DiGiCo A168 STAGE I/O Expanders—from a new DiGiCo S21 console that has also been installed. “The S21 has made a huge difference in the church’s sound,” Johnson says. “It’s even made the existing sound system perform better, with excellent clocking that dealt with digital ‘smearing’ issues they had with the previous console that muddied the sound. And the operation is very volunteer-friendly. They have a full-time media director on staff who does a lot of the front-of-house mixing, but they rotate mixing duties for the three or more Sunday services every week, and they have all taken to it immediately.”

And DiGiCo’s US support staff at distributor Group One have been there every step of the way, Johnson adds: “They were there for the installation and for initial training on the console, and they went above and beyond to make that a great experience.”

Willowbrook Minister of Production Chris Olson says the church’s musicians were taken immediately by the KLANG:fabrik’s sound and ease of use. “They’re able to put their instruments exactly where they want in the sound field and spread the entire image out nicely, which really makes them more comfortable on stage,” he says. “Plus, it does help keep the stage looking neat and clean, so it’s all just ‘plug and play’ for our tech team, with everything on just a single Cat-5 cable, and by eliminating all of the individual mixers on stage.”

In fact, the orchestra and church liked what the KLANG:fabrik does so much for all of those reasons and more that a second unit has already been ordered, to be installed in the next AV upgrade phase, which Olson says will provide the musicians with even more channels with which to build their custom mixes on stage.

Willowbrook Baptist Church can be found online at www.willowbrook.org, while Redwire Audio Visual is located at www.redwireav.com.

Recently acquired by mixing console manufacturer DiGiCo, KLANG:technologies is the world’s first manufacturer of truly immersive in-ear monitor mixing technologies. Their mixing engine is specifically designed to be used with IEMs and provides musicians with individual, natural and three-dimensional sound. It enables the brain’s natural capability to sort and prioritize audio within the mix, not only providing transparency, but also lowering levels as sounds merge rather than conflict. KLANG:technologies’ products are exclusively distributed in the US by Group One Ltd. of Farmingdale, NY. For more details on the manufacturer, visit www.KLANG.com.

The S21 has made a huge difference in the church’s sound,” Johnson says. “It’s even made the existing sound system perform better, with excellent clocking that dealt with digital ‘smearing’ issues they had with the previous console that muddied the sound. 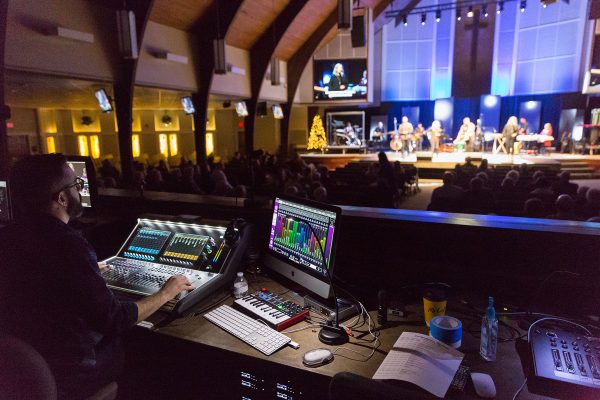 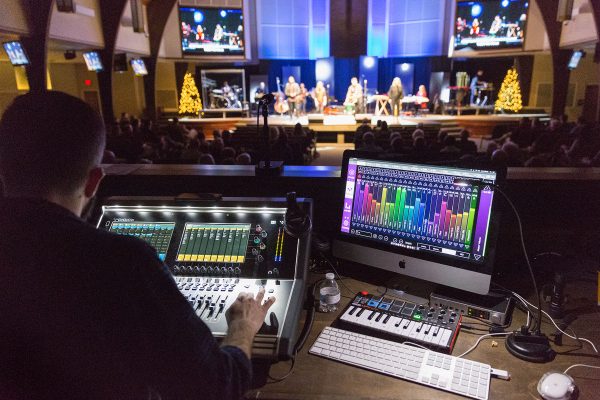