LOS ANGELES, California – “Mixing just four inputs in an arena show is one of the greatest challenges of my career,” shares Ken “Pooch” Van Druten about his gig with rapper Travis Scott, who is currently touring in support of a pair of Number Ones: his latest album, Astroworld, and the single “Sicko Mode.” Now on the second North American leg of the “Astroworld – Wish You Were Here Tour,” Pooch reports that audio for a pair of DiGiCo SD12 consoles for both house and monitors is piloting Scott’s sonic voyage.

Pooch is best known for nearly three decades supporting heavy rock artists—including System of a Down, Iron Maiden, Pantera, and almost ten years with Linkin Park—but, as the music world has changed, he’s moved into pop, supporting Justin Bieber’s last tour, and hip-hop with Jay-Z before joining up with Scott. He’s been a noted DiGiCo user since the latter part of his time with Linkin Park, so although this latest gig may seem like part of a continuum, it’s very different in one way: channel count.

“Starting with Linkin Park, input needs started to increase rapidly, and with both Bieber and Jay-Z, that kind of exploded,” he says. “The DiGiCo SD platform has been a crucial part of my toolbox for dealing with shows that often seemed to be bumping right up against the max channel count of the consoles. But, with Travis, I have just four consistent inputs: a left and right from the DJ and vocal mics for the DJ and Travis, plus occasional guest vocal mics.”

Modern pop production has become incredibly dense and there is an ever-increasing pressure on artists and the engineers who support them to recreate every nuance live. On past tours, Pooch has pointed to the quality and depth of onboard tools, plus workflow and Waves integration, as big reasons for choosing the
DiGiCo SD platform. When one is wrangling close to 200 input channels, workflow and the ability to access tools almost instantaneously are self-apparent.

“In some important ways—namely the density of production—Travis’ music shares some basic characteristics of the artists I’ve been working with for more than a decade. But this tour is different and, in many ways, a lot more difficult. When you have 192 inputs and there’s a sonic issue with one of them, there are ways to make the issue less apparent. When all of the density is coming to me as just a left and right input, if there’s an issue, there’s no place for a humble sound guy to hide.”

Making a challenging gig even more so, Pooch had no time with the artist and—more important in terms of the sounds coming into the SD12—the DJ. He joined the tour on its third show when a decision was made to replace the engineer who had done all of the production rehearsals and the first two shows. That meant no time to work with the DJ to custom craft his tracks to make them more big-PA-friendly. Also, despite the compact size of the SD12, there was no room for audio at a traditional front-of-house position.

“This is a 20-truck tour,” he explains. “There’s a lot of PA. The sheer number of double-18-inch subs is pretty stunning and, just from a hearing fatigue standpoint for engineers, that kind of low-end energy presents its own challenge. But the stage has multiple thrusts and there is a B Stage right where front of house would usually be.”

For Pooch’s first gigs, the SD12 was situated on one side of the room, on the concourse that separates the lower and upper seating areas in a typical arena. When the tour got into some arenas where even the concourse was not a viable option, Pooch opted to move backstage using a pair of near-field monitors as his sound source. It worked well enough that it’s become the default mixing position. The only audio gear out front is a single stereo measurement mic. The stage design also means that Scott spends almost the entire show with an open vocal mic working in front of a Clair PA that regularly clocks in at around 130 dB C-weighted.
“Between the constant danger of feedback and the nature of Travis’ music, which is very dense, probably the most important tool for me is the onboard DiGiCo multi-band compression.” Pooch is a well-known Waves user, and he does use some of their plug-ins for Scott’s often-extensive vocal effects, but he’s currently using only DiGiCo onboard multi-band compressors, which are available on all input channels and output busses as standard. “They are probably the most important tool I have for this tour,” he says. The hip-hop world—and increasingly the pop and country worlds—are all about collaboration and constant change. Between remixes, guest appearances and even some artists re-sequencing the tracks on an album after it’s been released, this music is never really “finished.”
Scott is as well known for his work with other artists as he is for his own songs—he recently guested with Maroon 5 for the Super Bowl halftime show, as one example—so some of his ever-changing set material might come from a single verse, or even a full lyrical track, that he contributed to a hit by Drake, Kanye, or someone else. Collaborating with his DJ, Scott often weaves these vocal snippets into brand new tracks, so the first time that they’re ever heard is by tens of thousands of fans—and Pooch—in front of a massive PA.

“One of the hardest things about working with songs that have never had a life outside of the studio is that there is often a hard disconnect between what sounds great in a pair of studio monitors or headphones and what works in a big PA,” he continues. “That means that there are multiple snapshots for every song and the EQ and level changes can be pretty extreme. The multiple instances of multi-band compression on the outputs are, in many ways, my only safety net. The DiGiCo compression is smooth and musical. Even if, out of nowhere, I get a new track that has a lot of high-mid content that sounds great in the studio but can be grating in a big PA, the SD12’s on-board compressors can clamp down on it in a way that’s not obvious to the audience. That gives me time to make more precise and subtle EQ adjustments, then save those for the next time the song makes an appearance.”

Pooch started his long audio career in the studio and migrated to mixing live when the artists he was working with asked for his help on the road. That path has made him almost uniquely qualified and comfortable with presenting complex and dense soundscapes in a live setting, but this tour is more of a challenge.
“You’d think that with just four inputs, this would be the easiest gig in the world, but I’m sweating every show,” he laughs. “Being able to get to specific tools very quickly, along with the quality of the SD12’s onboard compression are crucial for a great audio outcome. I wouldn’t want to do this kind of show on a console other than a DiGiCo SD.”

I wouldn’t want to do this kind of show on a console other than a DiGiCo SD. 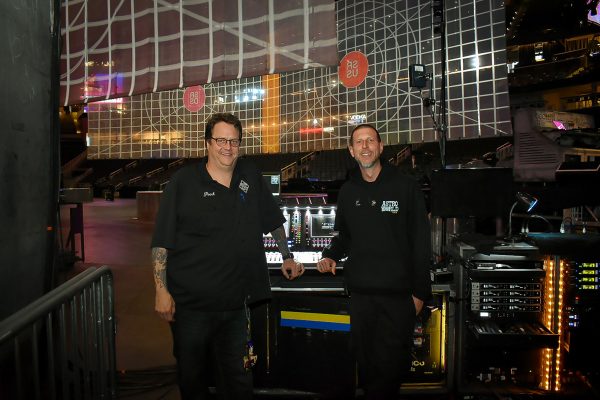 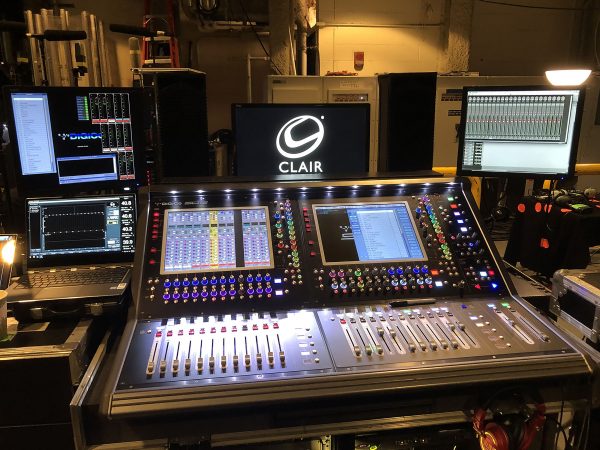 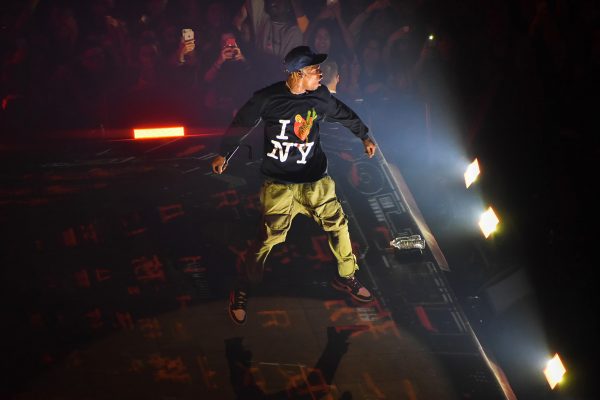 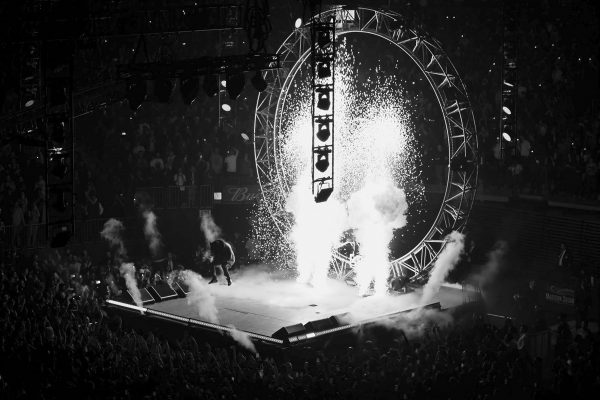