Critically acclaimed musical, SIX the Musical, has taken up residence at The Lyric Theatre in London’s West End. Currently running until the end of August, it follows the tale of the six wives of Henry VIII, with Tudor Queens and Pop Princesses ‘remixing five hundred years of historical heartbreak into an 80-minute celebration of 21st century girl power’. Long-time DiGiCo user and sound designer on all previous productions of the show, Paul Gatehouse, has chosen a Quantum 7T, supplied by Stage Sound Services, as the backbone of his audio design. 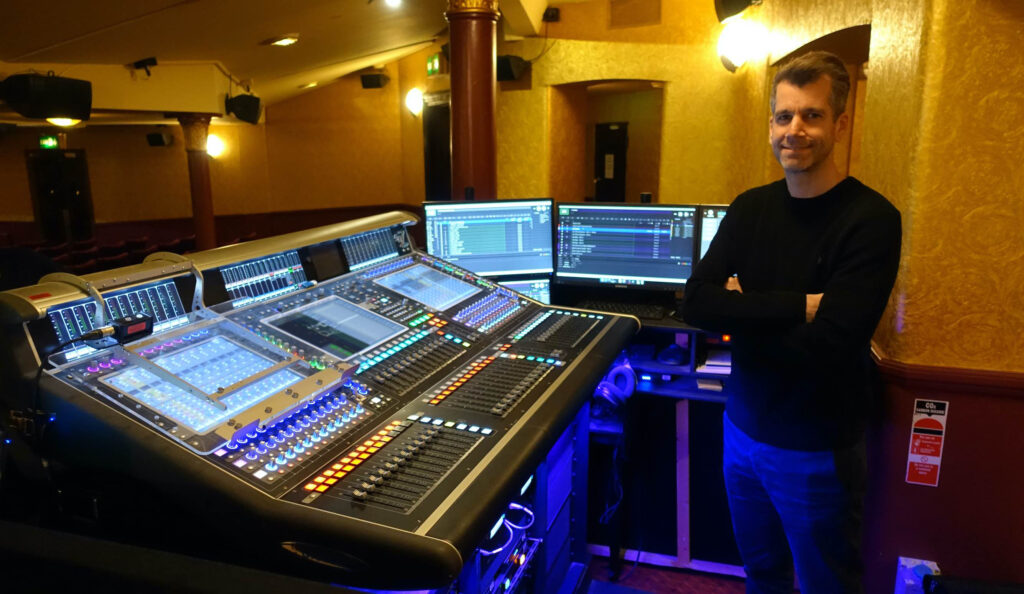 “I think I was one of the first people to programme and mix a major musical on the SD7 with Theatre software,” recalls Gatehouse. “Not many people know, but Love Never Dies (sound designed by Mick Potter), which opened in London in 2010 and on which I was associate designer, was one of the first in the world to use this console, so I have a long history with it in musical theatre.”
Gatehouse became involved with SIX in mid 2018, when the creative team was being assembled for the first fully produced production. This small UK tour took in a wide variety of venue styles including the big purple Udderbelly cow in Edinburgh and a short West End residency at The Arts theatre. Initially, he specified an SD10-24T.

“The SD10-24T allowed us to process a high channel count with all the bussing we needed, but in a really nice compact footprint,” he recalls. “As the show grew in size and audio demand, subsequent productions from Broadway onwards transitioned to a Quantum 7T, allowing us to expand our processing options and to grow into object-based mixing with d&b Soundscape.”
Whilst the essence of Gatehouse’s sound design remains the same, as the show has progressed over the past few years it has been uplifted with new elements in all the design departments. “It’s a very different looking and sounding show that was at its previous West End home, but still has the same immediate punchy sound – just more and better,” he notes.

The first switch to Quantum 7T was for the show’s Broadway run, with Gatehouse taking advantage of the larger surface but also, importantly, the new options of the Quantum engine. “I think the Quantum engine sonics and processing are a really nice improvement and the DMI slots allow us to use the Dante 64@96 DMI cards to create a direct connection to our d&b DS100 processing engines,” he continues. “They also provide onboard sample rate conversion down to 48k for the DS100, but allow us to keep our front end at 96k for low latency UAD plug-ins, and IEMs, etc.
Gatehouse and his team have honed their package into a solid format that provides a great workflow for him and the teams that run the show on a day-to-day basis, so new productions will also roll out with the Quantum 7T.

“The T software with its theatre specific features is an essential part of my process and something we enjoy collaborating and building on with Autograph and DiGiCo, who are always open to our requests,” Gatehouse concludes. “The journey with SIX over the past few years has been extremely enjoyable one and we hope to reign in the West End for a long time to come!”

The T software with its theatre specific features is an essential part of my process and something we enjoy collaborating and building on with Autograph and DiGiCo, who are always open to our requests, The journey with SIX over the past few years has been extremely enjoyable one and we hope to reign in the West End for a long time to come! 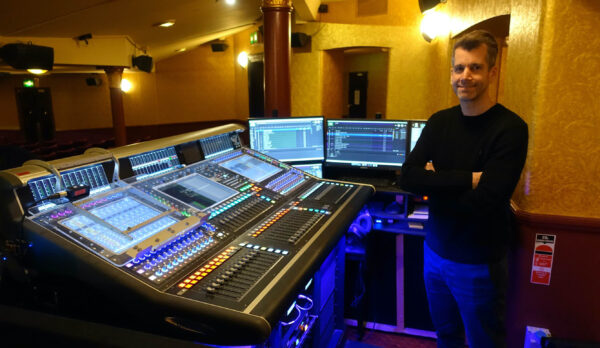