The Q338 offers The Shepherd’s Church the functional and operational flexibility it needs to best utilize its own multifunctional worship space and does so extremely cost-effectively, handling front-of-house mixing, monitor control, and streaming feeds.

CARY, North Carolina – August 2021 – While The Shepherd’s Church’s faith is based squarely on the Bible, it also understands that some things do change. For instance, the Cary, NC-based church, founded in 1986 as Colonial Baptist Church, took on its current name on January 1 of this year after it was voted on with a 94-percent approval by the congregation, as Pastor Stephen Davey explains, to “clearly identify to Whom we belong and to Whom we serve: the Chief Shepherd of the church—Jesus Christ.”

Another change that took place at that time was the installation of a new DiGiCo Quantum338 console, which included two SD-Racks (located onstage) and an SD-Mini Rack (used as additional I/O for monitoring), as well as a DMI-KLANG card for in-ear monitor mixing and a complete Waves processing package. With these new systems and platforms, the church has completely revamped its house and stage sound, bringing it, as Josh Beaddles, the church’s AVL Ministry Technical Director, expresses it, “fully inside the DiGiCo ecosystem.”

The Quantum338 fulfils every purpose the church envisioned for its new console. Installed by Wake Forest, NC integrator PureMix, the desk’s three displays allow the church’s volunteer A1s to work on the board as a team when necessary, handling front-of-house and streaming mixes, as well as control of the KLANG IEM mixing system. That was the configuration for a series of local school graduation ceremonies hosted at the church, one of several types of events for which it allows the community access to its 1,200-seat worship center in a two-court gymnasium, part of its 30-acre campus. “We do a lot of different kinds of events in here,” says Beaddles, pointing to an 18-foot-tall artificial volcano built on stage for one recent VBS production. “We needed a console that let us handle all of them as effectively as possible, and the Q338 does all that and more.”

Discovering the Quantum338 was a three-year-long process that began when Beaddles and volunteer Doug Hester, the church’s Systems Designer and Technician and who also mixes some Sunday services there, realized that the systems they had in place would soon no longer be viable, 15-year-old products orphaned by their manufacturers or unable to be adequately updated.

“Some Sundays we had to reboot the entire system just before the service,” says Beaddles, who noted the strong sentiment that had developed around DiGiCo desks. They did their research and experienced a series of demos, which clinched the idea of choosing an SD-Range console, initially thought to be either an SD10 and SD5. “The way DiGiCo supports its products and its users was especially attractive to us, considering what we had been going through with our old console,” says Hester.

Then, a momentary budget issue sidelined the process, and by the time it was resolved, the Quantum consoles had been introduced. The church’s tech leadership saw the console’s three LED displays and realized it was the perfect fit to simultaneously mix front of house, manage monitors, and build stems to feed their smaller streaming mixers. “Doing all that from a single console would be huge challenge for any system, but with its flexible internal routing and automation, the Q338 lets it happen,” says Hester.

That same delay in the upgrade process during which the Quantum338 serendipitously appeared also saw the arrival of the DMI-KLANG, a version of the KLANG:fabrik IEM mixing system integrated into the Quantum338 via a card slot. The DMI-KLANG’s FPGA architecture enables 16 immersive in-ear mixes for 16 musicians—The Shepherd’s Church has at least a dozen onstage each Sunday—of 64 input channels single- and double-speed sampling rates at latency of a quarter of a millisecond. Integrated into a DMI card, it connects directly to the console’s internal audio stream without any additional hardware I/O or overhead.

“We had been looking to also upgrade our stage monitoring, and in the time that the Q338 became available, DiGiCo had bought KLANG and the DMI-KLANG meant it could be integrated directly with the console,” says Beaddles. Adds Hester, “We saw the DMI slot version as a bonus for us. The card supported more mixes and a higher channel count.”

Finally, this ecosystem approach to the church’s audio upgrade was extremely cost-effective, thanks to the Q338’s flexibility and scalability, and its ability to integrate with KLANG and other systems, such as the Optocore fiber loop that the console and the SD-Racks ride on. A second network is used for Dante and control data, including for the KLANG system and the Shure ULXD wireless microphones.

“The other thing about the DiGiCo ecosystem is that we can expand on it,” says Beaddles, who adds that the church is now looking at purchasing the recently-introduced KLANG:kontroller system. “We’re embracing being part of that ecosystem, because it’s made our workflow and our worship so much better.”

For more details on The Shepherd’s Church, visit www.shepherds.org. PureMix can also be found online at www.puremix.org.

We do a lot of different kinds of events in here. We needed a console that let us handle all of them as effectively as possible, and the Q338 does all that and more. The other thing about the DiGiCo ecosystem is that we can expand on it. We’re embracing being part of that ecosystem, because it’s made our workflow and our worship so much better. 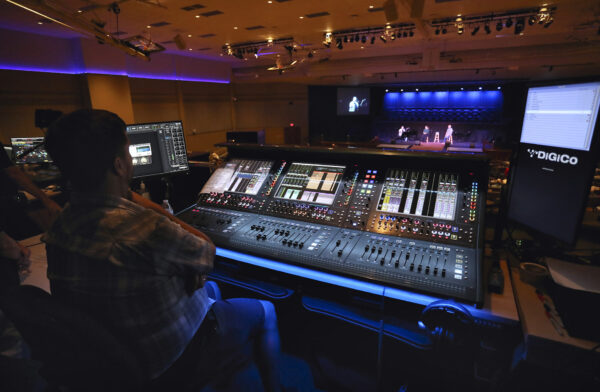 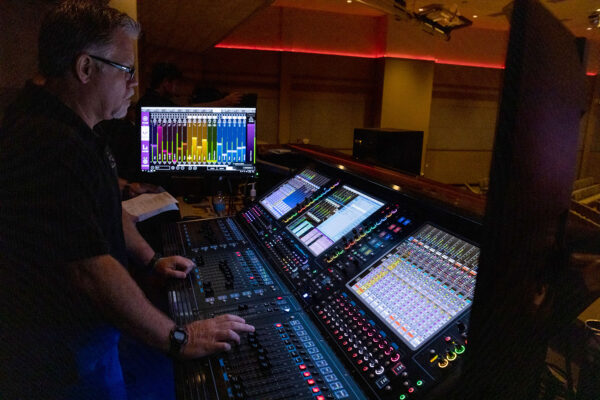 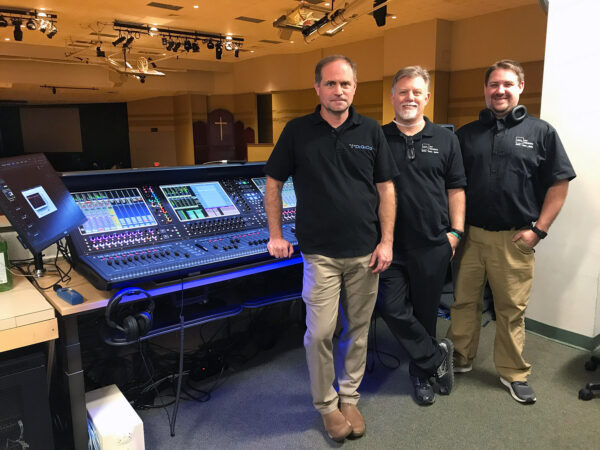 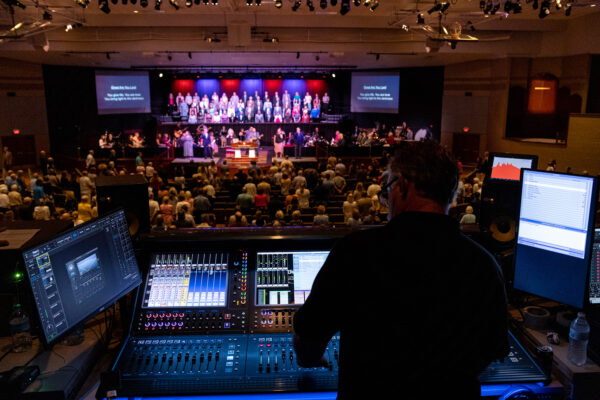