The SD9 is one of DiGiCo’s most compact, lightweight consoles, but with 96 channels and a full range of features, it is the perfect choice for Scott Humphries, Front of House engineer and Production Manager, and Rory Mulligan, Monitor engineer, for British folk rock band Bear’s Den.

The SD9 is one of DiGiCo’s most compact, lightweight consoles, but with 96 channels and a full range of features, it is the perfect choice for Scott Humphries, Front of House engineer and Production Manager, and Rory Mulligan, Monitor engineer, for British folk rock band Bear’s Den.

Supplied by SSE Audio, the two SD9s have spent five weeks touring with the band around Europe, starting in Scandinavia and taking in Germany, France, the UK, The Netherlands and finishing in Belgium. The choice of console was Scott’s, and both he and Rory couldn’t be more pleased with them.

“Scott suggested a complete DiGiCo system from the outset,” Rory explains. “I was all for that. I hadn’t worked with DiGiCo consoles for any meaningful length of time before, so I saw it as a good opportunity to learn. I knew they sounded great, which would be a big plus for our IEMs, and I love a good tactile surface, having started my career on analogue consoles.”

“I was very eager to switch over to a DiGiCo system as soon as touring consoles at both FOH and Monitors were viable,” adds Scott. “I wanted to put together a package that was small and trailer worthy, but could also manage a large amount of I/O as the channel list grew which, with Bear’s Den, is more often than not. Having SD9s with Stealth Core 2 was a perfect choice for this and the sheer amount of I/O you can now get into the SD consoles is incredible. Being able to scale down to the SD11 has been especially useful for me, as we’re currently out in the States where I’m running monitors from FOH and have a 50 input show all on an SD11i. I was able to covert my SD9 FOH file to the SD11 and then build the monitor mixes around this.”

The channel count for the European leg ran at around 52 inputs, including comms and ambient mics. Rory had eight stereo IEM mixes – six for the band, plus the backline mix and his cue pack – whilst Scott also split a few guitar channels to cater for different styles of playing, using 70 channels on the SD9 with FX returns, with six groups for drums, guitars, keyboards, etc., and enough auxes to use eight FX and five matrices for his system outputs.

“Some guest horn players were added to a few shows on the last run and we gave them a mono mix each,” says Rory. “I’ll always set up three extra mono mixes on the board, if possible, in case any of the frontline singers ever needs to go to a wedge. Thankfully I’ve haven’t had to use them. The Stealth Core 2 update offers so much processing. I plan my set up before I start building my file, so that I know everything is properly organised. For me, this is a good way of working; it encourages me to plan strategically, and anticipate any additions I might want to add further down the line.

“There are so many functions I find incredibly useful. On the input channels, having the ability to quickly switch between a primary and alternative input source in two touches of the screen is great. I use it for my spare main vocal, in case the first goes down. I’m sure there’s a macro I can set up for this, but I haven’t got there yet. The dynamic EQ is a great tool; the design and parameters give such flexibility and it’s fantastic to be able to designate each band as dynamic or static. It allows me to control vocals in a way that means I don’t have to use a compressor so heavily. This goes a long way for me as a monitor engineer when it comes to processing a vocal. It’s just enough to give a singer confidence in their performance, whilst keeping a natural feel to what they’re hearing. I often use it to minimise the proximity effect of a microphone, or adjust it to each singer’s voice. We’ve also been using the Snapshot system, which lets me do things like automate mutes, fader movements, etc., allowing me more time to mix the show.”

The two biggest functions Scott relies on are the Waves integration and Snapshot system. “The instrumentation in a Bear’s Den show is vast,” he says. “We’ll go from a delicate acoustic number into a song with synths, three guitars, horns and drums. Having the scenes to help facilitate that is a massive help. Using the scenes on a DiGiCo console is extremely intuitive and very easy to get your head wrapped around.

“Switching to DiGiCo has been a night and day mixing experience for me. The Snapshot control and waves integration has been a massive asset which, in turn, has made for a much better sounding show. The band and I often listen back to the shows and work on the mixes together, which is something they now find invaluable and has given them a perspective on what the show actually sounds like. For them, having these tools makes the experience of live shows so much more enjoyable and that’s down to DiGiCo!”

“DiGiCo have been incredibly supportive throughout,” adds Rory. “Scott and I spent a day at DiGiCo Chessington HQ building our original files. DiGiCo’s James Bradley was on hand all day if we needed anything. We made a few calls to tech support during production rehearsals and we called several times during the tour for little bits of advice and tips. We never had an issue getting through and every person we spoke to was patient and professional. They couldn’t have been better. SSE has also done a great job with Bear’s Den. The gear is prepped beautifully, labelled clearly, and all of it in good nick. They provide a great service on the road too; Dan Bennett dropped extra mics and a shout box to us in Birmingham when we needed them and they provided the PA at the Brixton Academy show too, which ran really nicely.”

Scott concurs, “I’ve been working with SSE for the past three years. Dan Bennett and the rest of the team are great and so accommodating. Both the gear and their support is outstanding.”

“From an engineer’s perspective, I’m happier than I’ve ever been with a touring console,” Rory concludes. “The system goes together quickly and easily, so our daily schedule runs according to plan. The band are getting what they need from the system and that comes down to high quality audio and consistency.”

Having SD9s with Stealth Core 2 was a perfect choice for this and the sheer amount of I/O you can now get into the SD consoles is incredible. 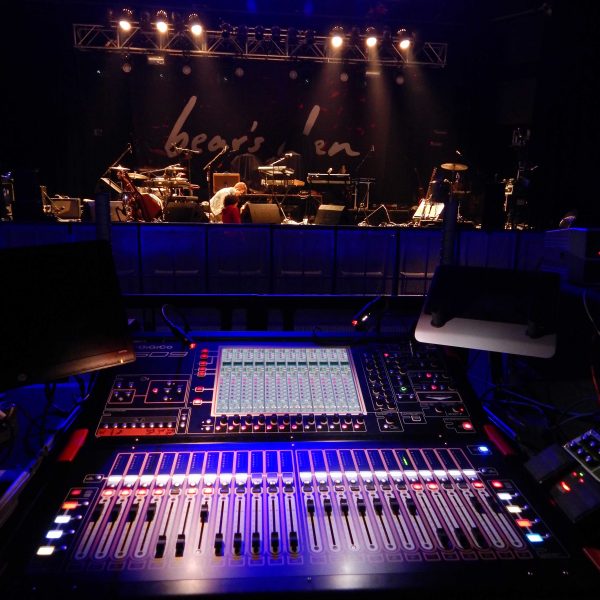 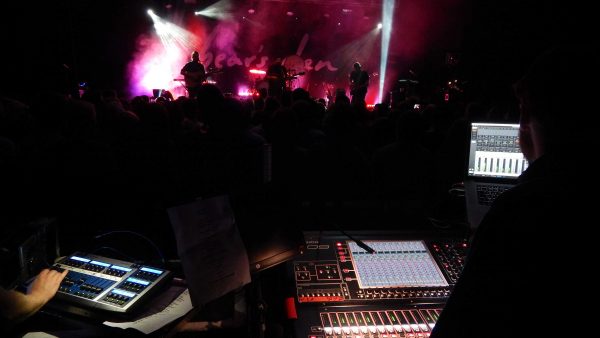 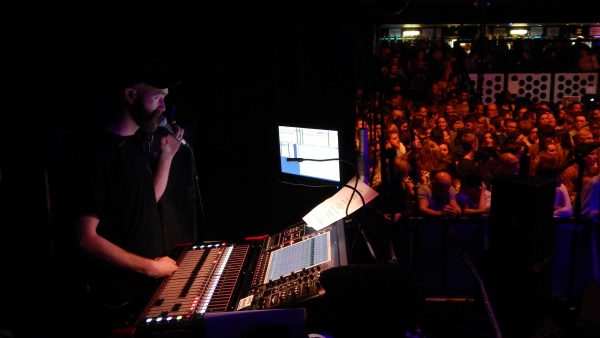