NASHVILLE, Tennessee - February 2017- Nearly all of TobyMac’s “Hits Deep” tour dates were sold out before the first downbeat last fall. Currently one of the biggest tours in Christian music and ranking in the top 35 tours worldwide by Pollstar last year,

This is touring at an enterprise level—two separate stages are set up in each venue enabling near-continuous music performances, culminating in TobyMac’s own show. What makes this complex proposition work is the feature-rich flexibility of the two DiGiCo SD10 live sound consoles provided by Blackhawk Audio, the SR provider for the tour.

“The SD system gives us a very cool way of handling a situation with multiple stages,” says Ryan Lewis, the monitor system tech, who is working along with FOH Engineer Ryan Lampa, Monitor Engineer Heath Mahon, Systems Tech Scott Beale and main System Tech Pat Haapanen from Blackhawk Audio. Each stage has a dedicated SD-Rack. The SD-Rack and the SD10 consoles are connected via fiber over an Optocore network. The DiGiCo SD10 consoles are used for both stages, and their snapshot recall is used to instantly access the setups, using the console’s master screen or hard-wired switches for each artist that was programmed in prior to the tour.

“It took about two weeks of programming to get all of them together, but once we had them, it made managing the show so much easier,” says Lewis. In addition, special functions can be assigned and accessed instantly via the console’s 40 Smart Key Macros (accessible via four layers of 10 RGB backlit keys) at the push of a button. The mixers are using the SD10’s Set Spill feature in conjunction with the macros.

“The input list is done festival style—just generic instrument names,” Lewis explains. “Then, using Set Spill, we can call up the next band’s settings with their instruments on the same input channels, with their EQ and other settings already programmed. Plus, it only pulls up the faders that we need for each particular artist. If we only need ten inputs for one stage, looking for those ten across 96 channels and two racks would be insane. This way, they’re right there. It’s a feature I’ve never used before this tour, but it’s a feature that makes it much more manageable.”

They are also using macros to manage their squawk-box communications between FOH, monitors, and two stage tech positions through the consoles’ matrices and talkback busses. “The two console positions are 115 feet apart and the two stages are 72 feet, so the ability for CON send and receive through the desks lets us maintain communications easily and reliably.”

FOH Engineer Ryan Lampa is equally effusive in his praise of the SD10. He says, “The SD10 platform has become my console of choice; fader layouts are perfect and the concentrated center screen is all I need. The console is transparent and gives me everything back that I throw into it. After overcomplicating my Waves chains when SoundGrid first came out, I’ve pared down drastically and really let the console breathe with our inputs. A few comps and limiters here and there is all we’ve needed. We let the band, console and PA do the talking. Good mic’ing of great players playing through great sounding instruments and staying out of the way has been where I’ve found some of my favorite work I’ve done so far. This is not possible without a solid team of dudes way smarter than me setting up a system that is as efficient and clean as we’ve ever used. I couldn’t ask for a better system and band of brothers.”

Lewis notes that they are also doing something pretty cool with the DiGiGrid MGB coaxial MADI interfaces on this tour. “We have one in monitors and one at FOH connected via Cat-5,” he says. “We multitrack up to 128 channels from monitors at 48 kHz onto a MacBook Pro running Reaper software in monitor world, and then the next day can simultaneously broadcast that recording to FOH and monitors as MADI over a Cat-5 cable, which makes for a pretty amazing virtual soundcheck scenario!”

Then there’s the sound of the SD10. “We have artists that come up and tell us that their in-ear mixes have never sounded so good,” says Lewis. “They’re telling us that they’re  hearing things that they had never heard when their monitors were mixed through other desks. In fact, we sometimes find artifacts on their recordings that they had no idea were even there—we once even found timecode that had bled into one of their interfaces! You can hear things like that because the SD10’s sound is so pure and uncolored. It’s probably the best console in the world for monitors. With the input and scene management feature, workflow advantage and overall incredible sound quality, you just can’t beat the SD10.”

For info on the upcoming tour stops of TobyMac’s “Hits Deep” tour, visit www.tobymac.com/tour. Blackhawk Audio can likewise be found online at www.blackhawkaudio.com.

The SD10 platform has become my console of choice - fader layouts are perfect and the concentrated center screen is all I need. The console is transparent and gives me everything back that I throw into it. 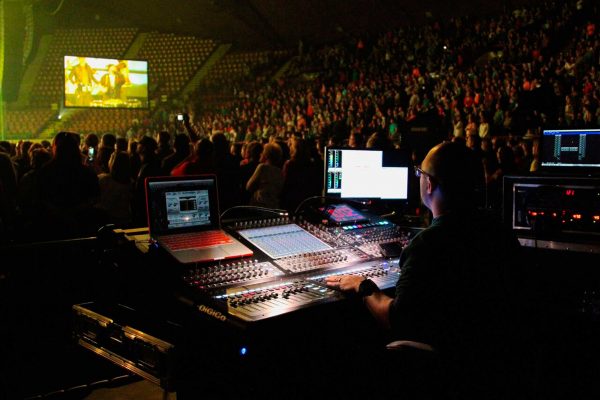 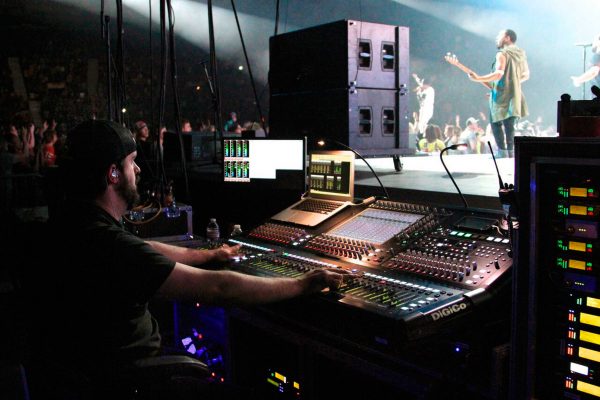 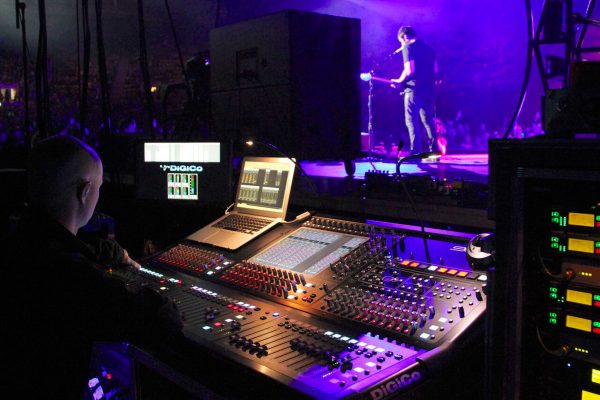