Quantum 7
Quantum 7 has been developed with seventh generation FPGA devices that further expand audio processing power, and ultimately allows DiGiCo to provide its users with an unrivalled amount of flexibility. It expands an SD7 to over 600 channels of processing in 96kHz operation that can be connected in the outside world to approaching 3000 potential I/Os. The engine is also equipped with eight newly assignable MADI connections and two DMI slots (DiGiCo Multi-Channel Interface) for AoIP and other connectivity options from the complete family of DMI card options. There are other powerful enhancements, too, including Nodal Processing and True Solo.

4REA4
The new 4REA4 installed audio solution, first revealed at the ISE show in February, is designed to meet the expanding performance requirements of large entertainment venues, houses of worship, theatres and shared stages at festivals and music venues.
At the heart of the system is the 4REA4 processing engine with DiGiCo connectivity options and powerful 4REA4 control software, providing routing, processing and mix control via a network of local I/O boxes that allows your performance area to expand across your installation. The 4REA4 processing engine rack has four dedicated mix areas, or zones, each with its own stereo master output, CGs, and allocated FX. With an available 128 input channel and 48 buss output processing strips, you can independently allocate processing to whichever area as required.
Managing the mixing and routing of each individual local performance area are a new range of premium designed hardware control panels and external I/O units that work in conjunction with the 4REA4 processing engine and control software. New Ethernet connected controller options include the wall mounting single rotary ACONTROL1 with a TFT display for small area performance management, and the ACONTROL8 with eight 100m faders designed for more complex mix and function control.
Local I/O boxes are managed via proprietary Ethernet or Dante connectivity for extended reach across a facility, with options including the new A168 STAGE floor rack and the A164 WALL LCD box, both providing mic and line level connectivity to ensure a premium 96kHz audio experience across the most demanding performance venues.

For L-ISA Live applications, the seamless integration of L-ISA Source Control into the DiGiCo SD-Range means that sound engineers will be able to use a familiar workflow on an industry-leading console to manage immersive environments easily and intuitively.

d&b Soundscape
d&b audiotechnik has announced a series of landmark integrations between Soundscape’s central DS100 Signal Engine and digital mixing consoles, including the SD7 and SD12, which open up bi-directional interoperability between the DS100 via plug ins operating on the OSC protocol. The plug in allows engineers to work with their existing sound console workflows, yet have access to a whole new world of creative potential by bringing the settings for object-based positioning and room emulation directly on to the console surface for each individual channel. The settings can then be stored in the mixer’s scene memory.

In Snapshot Groups the Snapshots List panel now shows a new Snapshots Group panel displayed by the Groups button, replacing Add to Groups. This allows management of which Snapshots are in which Groups without the need for the Group members to be contiguous or for Groups to be separated by ungrouped Snapshots. Each Group can be named and the Snapshots List is now wider to display an extra column showing Group number and name.

With Recall Scope Copy, Snapshot Recall Scope and Auto-Update Scope can be copied from another Snapshot, using a new button at the bottom right of the respective Scope panels. This includes the CGs, Gangs, Banks and Waves options.

An Outputs AFL only option has been added to all console versions. It appears at the bottom of the solo options tab and restricts the Solo PFL/AFL choice to input channels only, all outputs being fixed on AFL.

Waves External
Waves External allows DiGiCo SD consoles to integrate with a Waves Multirack system, which is running on an external PC, while maintaining the high level of integration both companies’ clients have come to rely on.

The integration uses the low latency Waves I/O interface built in to SD consoles for audio routing and includes the existing standard session, snapshot and plug-in control for advanced, faster and smooth show control and automation. It also allows the use of Waves most advanced plug-ins to expand engineers’ sonic options.

“We never stand still at DiGiCo as these exciting latest releases at PL&S 2018 testify, and our development team are always working hard to ensure we deliver the right solutions that our clients and the market require,’ comments DiGiCo MD, James Gordon. ‘That includes making sure we are an industry player that develops hand in hand with other key partners, and our recent work is testament to the fact we are always listening and looking at where the industry is developing.’ 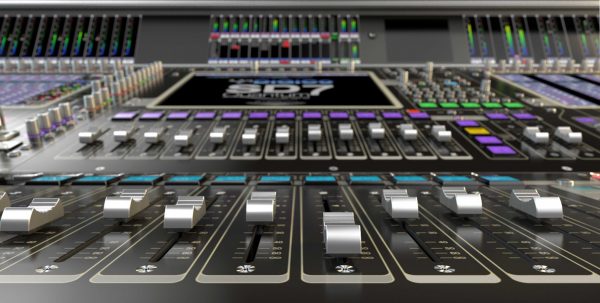 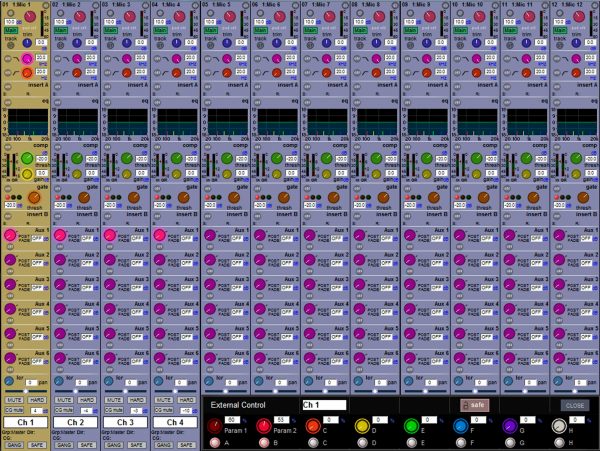 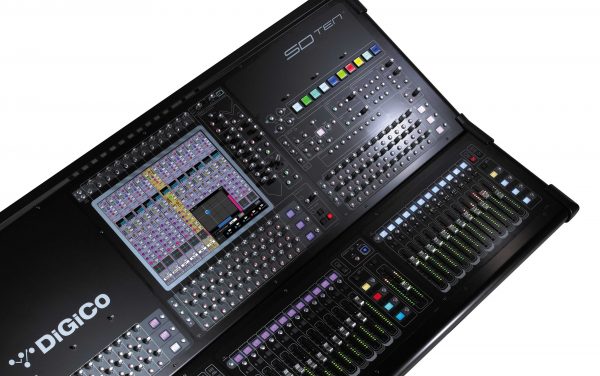