DiGiCo Supplies The One-Two Punch For Anderson .Paak On Tour

LOS ANGELES – Anderson .Paak’s 2019 Best Teef in the Game Tour began in May at Nashville’s Ascend Amphitheater, with its second leg now underway visiting festivals such as Afropunk in Atlanta and the Intersect Festival in Las Vegas. .Paak, who won a Grammy Award for Best Rap Performance for his single “Bubblin” this year, is as astute technically as he is artistically, so not surprisingly he’s touring with the two of the best: a DiGiCo SD7 console for front of house, operated by Nevin J. Thomas, and an SD5 for monitors piloted by Jon Lammi, with both desks supplied by Eighth Day Sound.

Nevin Thomas has been working with Anderson .Paak for close to four years now, but has known him since he and .Paak and several members of .Paak’s band, The Free Nationals, all were in school together at Musicians Institute in Hollywood. Thomas’s SD7 is working with an SD-Rack fitted with 32-bit Mic Pre-Amps as well as a MiNi-Rack, which makes managing .Paak’s 64-plus input stage plot much easier.

“I’m using the MiNi-Rack for a few more I/O, and it also gives me a bit more control over the routing,” he explains. “You can really hear the difference in the 32-bit mic pre’s; I noticed that right away. They really sound great.”

This is Thomas’s first full tour with an SD7, and he calls out its routing and workflow management, as well as its processing. Onboard effects such as reverb and delays and multiband compressors are more than enough for this tour, though the I/O lets him seamlessly integrate outboard gear and Waves plug-ins when needed.

“I use the internal insert points on the lead and backup vocals—it keeps the sound very clean and it’s allowed me to really listen closely on playbacks and discover the sources of any problems from the stage,” he explains. “I’ve been able to point these out to Anderson and the band and management, and it just lets us all make the sound that much better and more refined.”

As good as the workflow and processing are, however, Thomas especially likes one thing he’s never had to use: the SD7’s dual redundant engines. “I’ve never had one engine fail, but knowing that the second one will kick in immediately takes a lot off my mind,” he says.

And then there’s virtual soundcheck. “That’s probably the single biggest tool I use regularly,” he says. “It gives me a great starting point without having to have the band onstage, and it lets me really drill down and hear the room, the environment they’re going to be playing in, so I can dial it in perfectly. I can’t imagine doing what we’ve been able to do without the SD7.”

“AP is amazing,” says monitor engineer Jon Lammi, referring to .Paak by the nickname for him he’s used for the nearly three years he’s worked with him. “He talks really knowledgeably about things like lighting and video cues. He knows what he wants onstage. He just makes sense.”

Lammi is using a DiGiCo SD5 console and an SD-Rack, also with 32-bit cards, and he praises both its performance and its layout. “The workflow is perfect for me—for instance, I can have up to 16 stereo mixes and six channels of wireless microphones for our setup,” he explains. “I use macros a lot to update snapshots and the way everything is located in the center of the console means it’s easy to find everything I need instantly, and I can move between banks quickly and confidently. Also, we do a lot of outside dates, especially during festival season, and the recessed, high-resolution screen lets me see everything even in direct sunlight. DiGiCo really thought of everything.”

Lammi, who is also doing some shows this year with Lana Del Rey on an SD10 supplied by Sound Image, notes that the tour began with .Paak and the band on wedge monitors, but that IEMs have been making their way onstage. (Although, he adds, “Gotta have side fills and a butt kicker! Gotta have bass on stage!”) He says that a recent demo of the KLANG:fabrik monitoring solution integrated with an SD5 indicates that that could be the way forward for their shows.

“There are so many options and possibilities with the SD5,” he says. “But the bottom line for me is always its speed and its layout. DiGiCo is my go-to. I started with a D5 Live with Aerosmith in 2006 at a show at Jones Beach. I’ve been hooked on DiGiCo ever since.”

I’m using the MiNi-Rack for a few more I/O, and it also gives me a bit more control over the routing,” he explains. “You can really hear the difference in the 32-bit mic pre's; I noticed that right away. They really sound great. 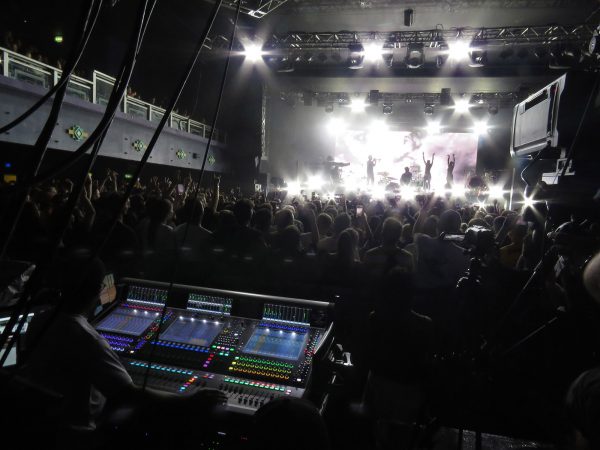 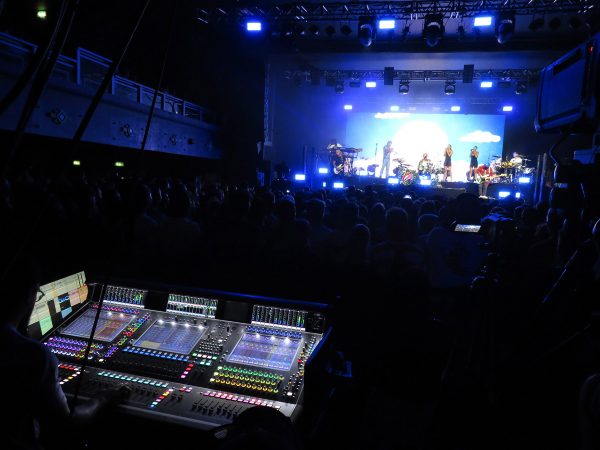 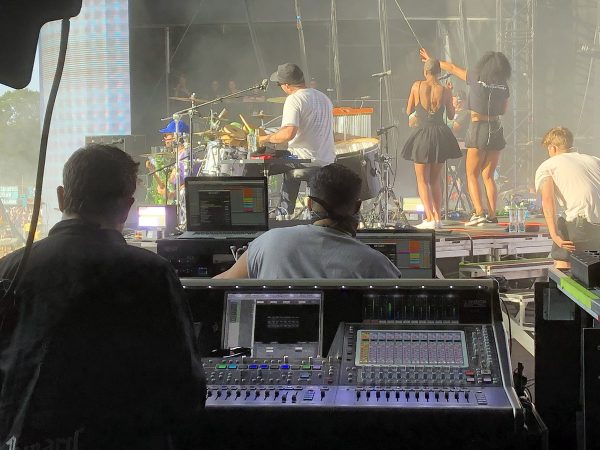