The name of Jerzy Owsiak and The Great Orchestra of Christmas Charity (GOCC, Polish Wielka Orkiestra Świątecznej Pomocy, WOŚP) rings a bell in the minds and hearts of millions. In the 29 years of its charitable work, one of Poland’s largest nonprofits has raised over 250 million Euro for health protection and saving children’s lives through providing over 65,200 pieces of medical equipment to public hospitals and clinics in Poland, as well as running six medical programmes and one educational course aimed at improving public healthcare in the country. This year’s Grand Finale Fundraiser event, held on 31st of January and restructured due to COVID restrictions, saw DiGiCo SD5, SD11, SD12 and Quantum 5 consoles from multiple rental companies, supported by DiGiCo’s Polish distributor Polsound, deployed in key locations in Warsaw, Góra Kalwaria, Radom, Katowice, Gliwice, and Krakow for live streaming and band monitors of the local musical shows and events.

Founded in 1993 by Owsiak, along with Lidia Niedźwiedzka-Owsiak, Bohdan Maruszewski, and Piotr Burczyński, the Great Orchestra of Christmas Charity was intended to be just a one-time fundraiser to aid Children’s Memorial Health Institute in Warsaw. However, the spectacular success of the first effort, which enabled the foundation to divide the money between all cardiology units treating children in Poland, inspired the establishment of the GOCC. Every year, the Grand Finale Fundraiser is organised locally, by volunteer-run Collection Centres, and is accompanied by various events such as concerts, sporting competitions, and a traditional firework display. The foundation also organizes one of the biggest open-air free entry music festivals in Europe in summer called Pol’and’Rock Festival as a ‘thank you’ to everyone getting involved and donating during winter season.

“It was a privilege to be involved in this year’s Grand Finale Fundraiser and support rental companies with state-of-the-art products for local activities,” says Polsound’s Sound Designer, Arkadiusz Wielgosik. “Whilst normally every city and village would organise a physical activity to raise funds for GOCC, this year it had to be live streamed on TV due to the pandemic restrictions. We worked with several rental companies across the country who all provided their experienced crews, as well as took care of setting up the sound, the lights, and the audio – all free of charge.”

One of Polsound’s biggest tasks was offering support to rental companies by matching DiGiCo consoles with the specific needs they had for an event locally. The team also provided support on wireless systems as well as helping TVN, Polish free-to-air television station, with frequency management, when broadcasting the concert live from Warsaw’s Main Stage located next to the Palace of Science and Culture.

“Shadok AV Group, based in the South of Poland, used their Quantum 5 and SD12 to operate the show at their location,” explains Wielgosik. “The SD12 was used for streaming, including a Waves SuperRack and Waves Extreme C server setup as well as mastering plugins in audio chain, whilst the Quantum 5 was used for monitors on stage, with the team reporting that its Mustard and nodal processing were a huge benefit.”

“The DiGiCo consoles provided the rental partners with unrivalled flexibility,” concludes Wielgosik. “This was especially useful as the January events do not generally follow a strict scenario, they’re more freestyle-like, or rock’n’roll, as we say. As Owsiak mentions all the time ‘this is what reality is like’. The shows are always very emotional, so it is difficult to stick to a step-by-step plan. And this is why we love doing this event. This is the main mission: for everyone to come together and collaborate as a community, doing good things for the benefit of others.

“It was great to work with local rental companies and for the DiGiCo consoles to allow them to deliver amazing concerts across the country, sending a message to everyone, showing our unity and demonstrating how fun helping is!”

The DiGiCo consoles provided the rental partners with unrivalled flexibility 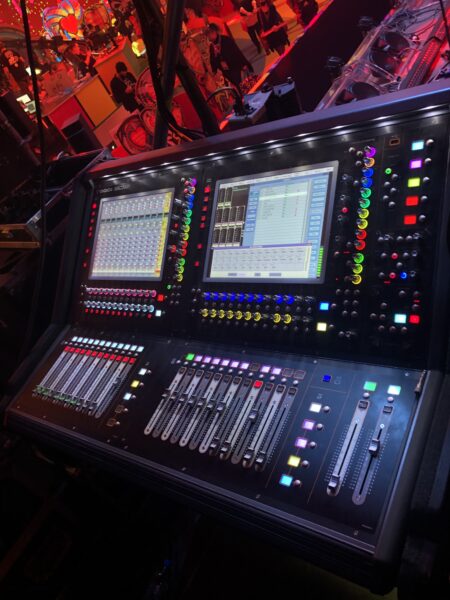 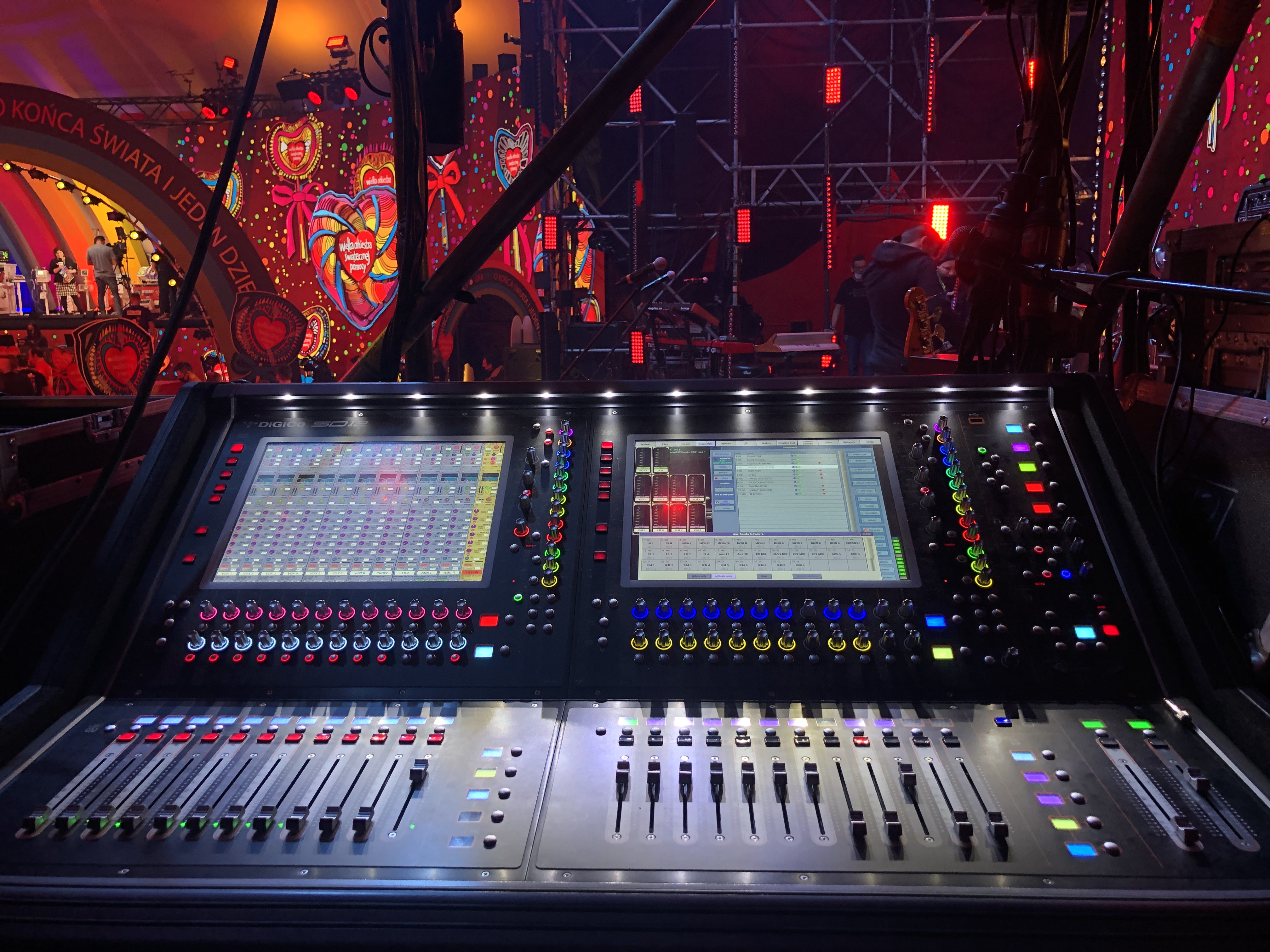 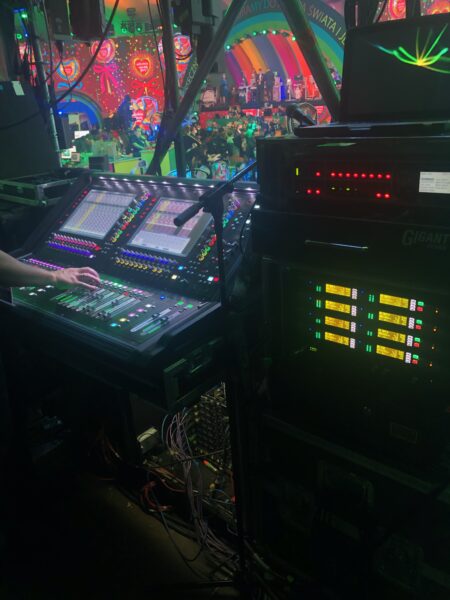 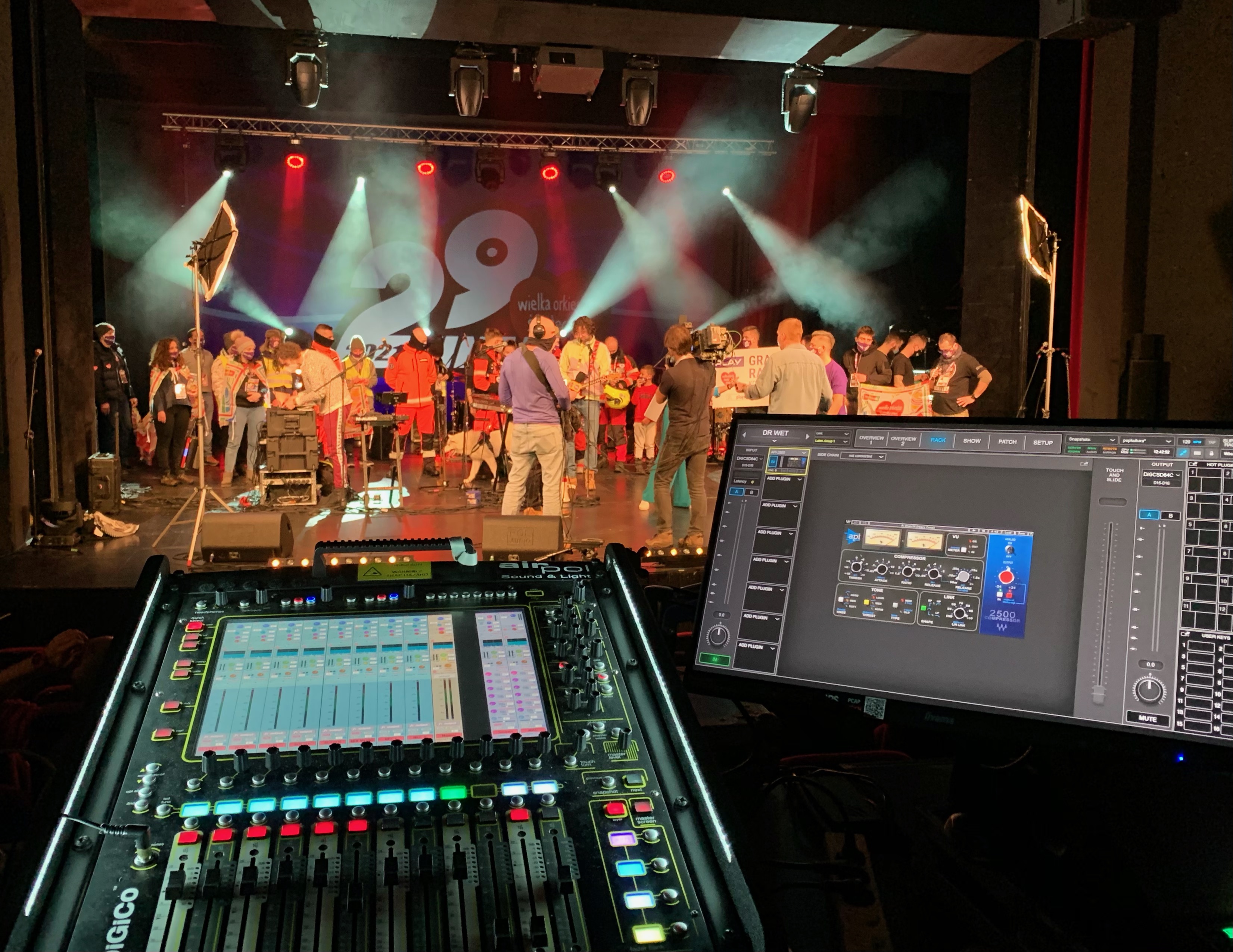