Situated in the heart of Cape Town, GrandWest Casino and Entertainment World is the largest venue of its kind in South Africa, featuring a Las Vegas-scale casino, two hotels, state of the art conference facilities, a wealth of dining establishments, an ice rink and the renowned Grand Arena – a 5,000 capacity multi-purpose venue that has played host to world famous acts such as Bryan Adams, Sting, James Blunt, Rammstein and Kylie Minogue. In 2020, the arena underwent a thorough refit of its audio system, with the replacement designed around DiGiCo’s next generation Quantum 338 digital mixing console, chosen to fulfil the requirements of international touring riders and deliver the highest quality audio, processing and connectivity within a space-saving format.

The Grand Arena first started researching new technology in 2017 when their current infrastructure was approaching the end of its lifespan, and an upgrade needed to be found.

“A dialogue began about which console would be the best fit for the venue. We considered several options from the SD Range and then, to our excitement, the Quantum 338 was launched,” explains DWR’s Kyle Robson. “We instantly knew this console would be perfect for the arena. It ticked all the right boxes for what they were looking for and they were extremely eager to get the ball rolling on the upgrade. Not only was the spec ideally suited, but the budget allowed for the purchase of two Quantum 338 consoles to oversee both FOH and monitor duties.”

With the console unanimously agreed, and DWR appointed as the official audio supplier and installer for the project, the system design was completed. DWR and the inhouse teams specified two DiGiCo Quantum 338 consoles supplemented with two SD-Racks to handle mixing duties, providing a total of 128 inputs, 80 outputs and 32 AES outputs available on stage, all operating on a newly installed Optocore loop network.

The first Quantum 338 console is installed at FOH position. It is fitted with a Waves network card to interface to a Waves Extreme Server running a Waves SD7 Proshow Plugin Bundle and controlled by the Waves SuperRack software. A DiGiGrid MGB MADI Interface connects the console to a SoundGrid network for 96 kHz resolution recording capabilities. At the monitor position, the second Quantum 338 is likewise fitted with a Waves network card, plus a Dante 64 96kHz DMI network card for access to plugins and recording facilities, respectively. The two SD-Racks on stage are also populated with 56 32bit Mic/line inputs, 40 32bit line outputs and 16 AES outputs.

“Selecting the same model of console for FOH and monitors made great sense, as it opened up a lot of positive options for the venue,” explains Robson. “For instance, engineers could easily freely work and assist between FOH and monitors, and if only one console is required, the second could be used as a back-up. As a luxury, both consoles have facilities to record, not only via the consoles’ built in UB-MADI connectivity but also the dedicated Dante and DiGiGrid MGB interfaces. This has been a great feature for the sound engineers, as it has allowed them to play back multi tracks previously recorded in the venue, not only to get comfortable with the new system but also to hone their skills after such a lengthy break from live events during COVID lockdowns.”

The Grand Arena hosts an eclectic mix of events from international touring artists to sporting events and anything in between. The majority of the time, the audio system will manage larger scale concerts, but it can also be configured in the round for certain sporting events, such as martial arts and boxing. The Grand Arena’s first show with the new system, and coincidentally, its first large-scale event since reopening after restrictions were eased, was the Miss South Africa Pageant, which played to a limited capacity audience.”

The project was originally planned for the first quarter of 2020 but the project was put on hold when COVID hit. When it was able to go ahead, remarkably, the audio installation only took five days to complete.

“The end result is an extremely happy team at GrandWest, and we are now ready for anything thrown our way,” concludes the arena’s sound engineer, Stuart Ramage. “The team are thrilled with the new consoles and keen to use them in earnest over the coming year on our growing event schedule.”

The team are thrilled with the new consoles and keen to use them in earnest over the coming year on our growing event schedule. 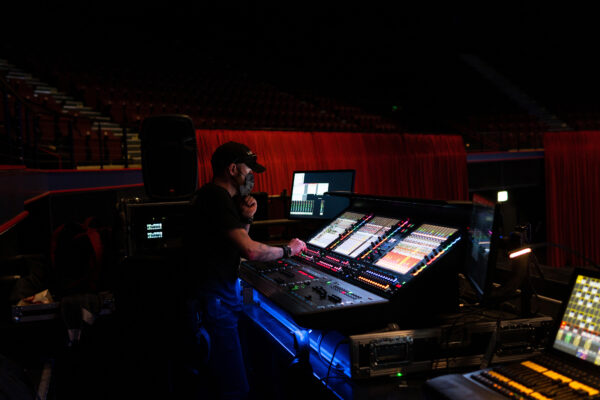 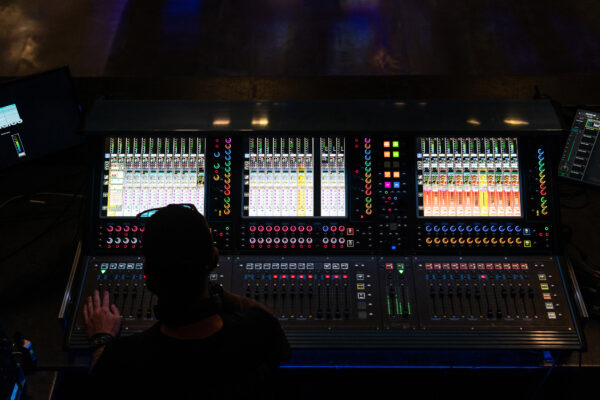 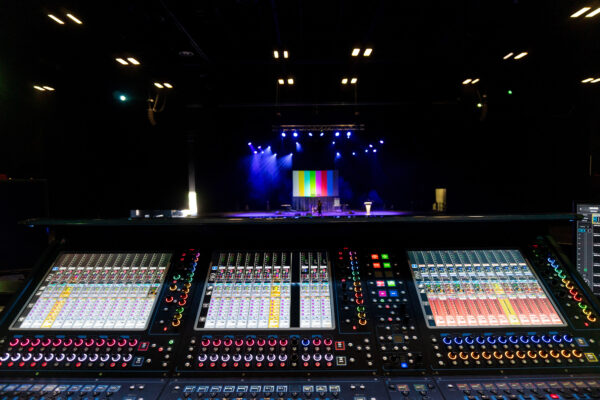