Not only did this trek serve as the singer/songwriter’s first solo tour in more than a decade, but it also marked the first time that Pearl Jam’s longtime front-of-house engineer, Greg Nelson, manned his mix from behind a new DiGiCo Quantum338 mixing console supplied by touring sound company RAT Sound. Meanwhile, on monitors, Karrie Keyes, who has been with Pearl Jam from the start, moved from her usual SD5 worksurface to an ultra-compact SD11 to exclusively focus on Vedder, while Brett Heet mixed in-ears for the band on an SD5.

Although Nelson has been Pearl Jam’s mix engineer for 18 years, his first tour spent behind a DiGiCo desk was with the Goo Goo Dolls in 2013. “I did that tour on an SD10 and loved it, so I started mixing Pearl Jam on an SD5 that year as well,” he recalls. “Around 2017, I switched over to another console brand, but after a couple of years, I found that I really missed the workflow and sound of the DiGiCo. By that time, the company had just come out with their 32-bit input cards, which made my decision to go back to the SD5 very easy.”

In early 2021, Pearl Jam did some shows and Nelson transitioned over to a Quantum7. “While I loved all the things that Quantum gave me, I missed the SD5 surface because I use the center screen for mixing,” he says. “I asked RAT if they could upgrade the SD5 with a new Quantum engine, but they in turn asked me if I would be interested in mixing on a new Quantum338. After getting my hands on one for a day, I absolutely fell in love. The worksurface is perfect for how I mix and it had all the amazing Quantum toys to play with.”

Key among those “Quantum toys” is the Spice Rack processing section. “I am really loving the Naga 6 six-band dynamic EQ, which I use on acoustic guitars and some background vocals,” Nelson reports. “I also use as many of the Mustard processing channels as I can. With both of these tools, I’ve eliminated a lot of the plugins I was using before. I still have some outboard gear that I use and have fun with, but with Mustard and the Spice Rack I can get by with carrying far less. And let’s talk about those three big 1000-nit screens—they’re beautiful! Everything is so clear and much easier to see for my lousy old-man eyesight!”

For Vedder’s Earthling tour, Nelson reports that he mixed approximately 65 inputs coming from the stage, which were shared on an Optocore loop with Keyes and Heet down in monitor world. For Keyes, the switch to an SD11 proved to be the right choice for this run as well.

“Ed has a complex monitor system, so Brett and I thought it was best to divide up the duties so I could focus solely on Ed while he could give his full attention to the band, which proved to be a good call,” she says. “Ed does not use IEMs. Instead, he has seven vocal and instrument mixes put across wedges, ground sidefills, and flown sidefills. I had the full input list so could access anything that was needed, and I was able to put my workflow in a format that was much smaller but still easily accessible. We were playing sold-out theaters on this run, and while Brett’s SD5 had to be crammed onstage, I could go just about anywhere—including the front row, where I occasionally mixed from. I’ve started using the SD11 for Ed’s other solo gigs—his smaller, more stripped-down ones—and it’s worked out quite well.”

When Pearl Jam’s tour picks back up in a couple of months, Keyes will transition back to a SD5 to mix the main five-piece band, with fellow monitor engineer Tommy Caraisco mixing touring sidemen Boom Gaspar and Josh Klinghoffer, the tech mixes, and the support band. But as for Nelson, it’s the Quantum338 from here on out based on his first experience with the new desk.

“The crowds were so excited on the Earthling tour,” he says. “I was able to quickly get a solid mix together with almost no rehearsals, and I got such great feedback the audience. Pearl Jam’s input list is closer to 90 inputs, so I’m just barely going to fit that tour onto the Quantum338, but I’ve been having so much fun getting back to mixing again, and this console has been a big part of that!”

"After getting my hands on a Q338 one for a day, I absolutely fell in love. The worksurface is perfect for how I mix and it had all the amazing Quantum toys to play with.” 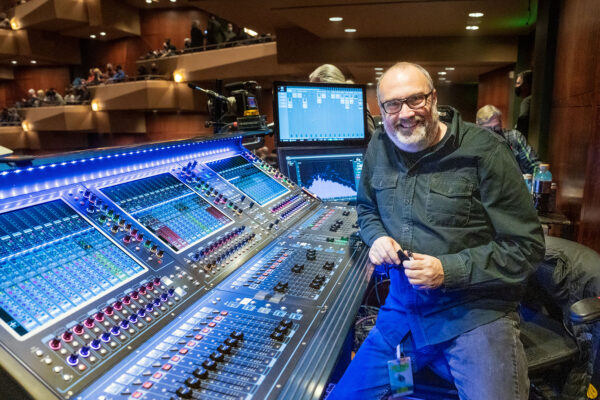 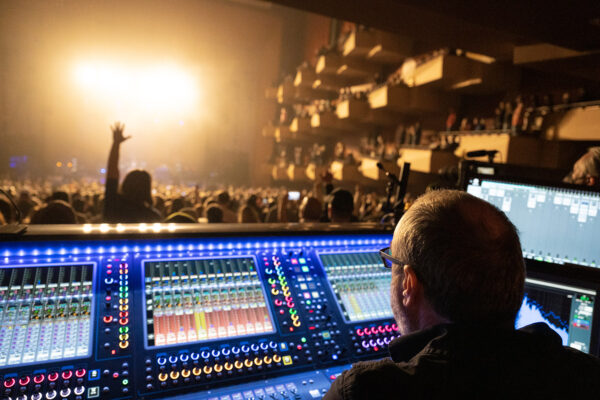 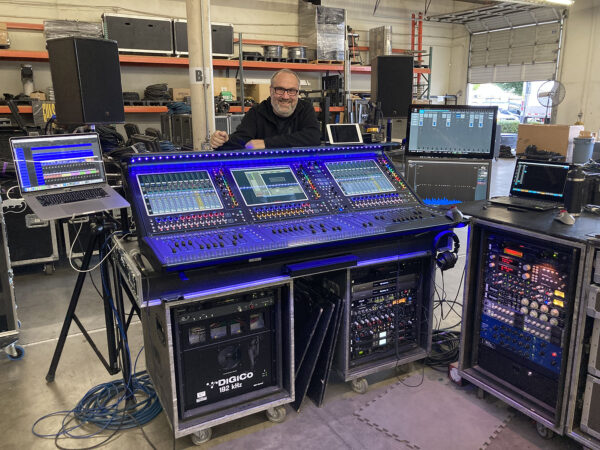