This card will provide 64 input and 64 output channels at 48kHz or 96kHz to the SoundGrid Network with 2 Ethercon ports. 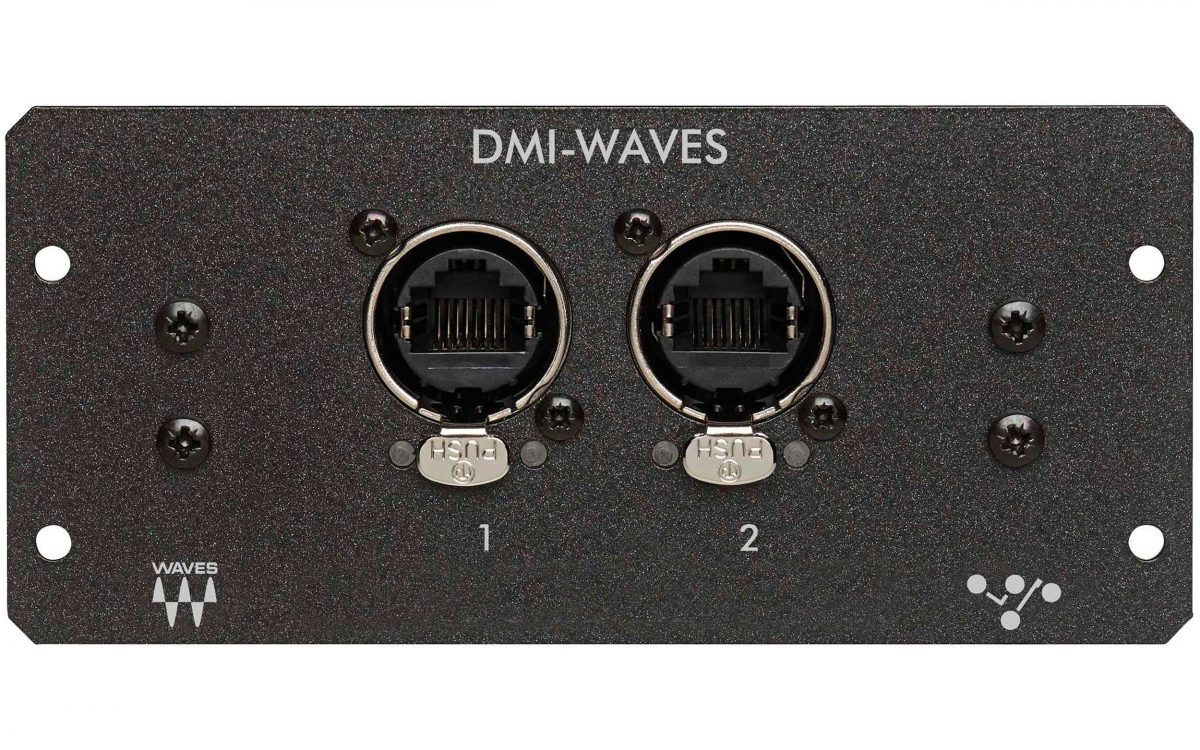 Waves SoundGrid network is a flexible protocol that allows audio to be passed over ethernet. This card provides 64 input and 64 output channels at 48kHz or 96kHz to the SoundGrid Network with 2 Ethercon connections. The card features two network ports connected via an inbuilt network switch, meaning that a network switch is not necessary for smaller setups.

On the SD12, a DMI-WAVES card can be used as a substitution for an inbuilt waves port. Alternatively, it could be used for virtual soundcheck from an external DAW. On S-Series consoles, this card allows easy integration of Waves plugins. One port on the card can be connected to a computer running Waves MultiRack, and the other can be connected to a Waves server. The DMI-WAVES can also be used in the Orange Box to run a virtual soundcheck on an Optocore loop.