Working on the lavish production fans have come to know and expect were Erwin Rintjema, ESC Head of Production, Thijs Peters, Head of Broadcast Sound, Ampco Flashlights’ Remco Verhoek as Senior Project Manager and Dennis van der Haagen taking up the role of Operational & Commercial Director, along with Jeroen ten Brinke, ESC Head of Live Sound, who specified the Quantum 7s as part of his audio design.

A competitive tender for the show had been sent out in October 2019, with Ampco Flashlight pitching alongside competitors. “We were awarded the contract in January 2020,” recalls Verhoek, who oversaw proof of concept, prepping the equipment including constructing custom racks and scheduling and taking care of his team. “We were prepped and ready to go, then the show was postponed because of the pandemic. But we had been chosen and that didn’t change for the 2021 edition. Audio-wise the stakes are always high for Eurovision, and this was a complex system, but not the most complex we’ve ever built and with all the experience we have with DiGiCo it was a good set up and straight forward for us.”

Whilst Ten Brinke had free rein on the design of the audio system, he kept previous productions in mind, particularly the 2018 Lisbon edition which he had visited, where Daniel Bekerman was sound designer. Ten Brinke drew on Bekerman’s experience. “The first thing I did was call him to make sure he was happy to answer any questions,” he recalls. “We created our design and then I checked with him to make sure we were doing the right thing.”

Along with mirrored DiGiCo Quantum 7 consoles at FOH and monitors was a soundcheck room with an identical set up where in-ears systems on different frequencies, transmitter packs and handhelds microphones were housed, ensuring the in-ears systems were properly balanced before the acts went on stage.

In the arena, Ten Brinke wanted to have the consoles as close together as possible, taking social distancing regulations into account, ensuring short cables that were easy to trouble shoot. The monitor desk was positioned behind glass, so the monitor engineer would not have any issues with spill from the L-Acoustics PA.

“The consoles were approx. 1.5m apart so we could all see each other,” says Ten Brinke. “This made things easier, more fun and meant we could keep our spirits up for the month we were on site.”

A significant reason for the position of the consoles was the tight change over times for the artists. “Thirty to 40 people had to [literally] run with everything,” Ten Brinke notes. “You’re always in the way or in the camera view at the side of the stage, so we were on the top of the first rake of seats and all together, which kept my wish for short cable runs. Additional cable runs were only to the PA and a few analogue inputs for backup mics, the rest was all local with the receivers, Dante machines, and split boxes to OB kept together. But with social distancing, of course.”

With engineer duties organised in a slightly different way to the norm to account for their time being divided between the soundcheck room, where artists’ in-ear systems received their initial balance, and the arena, Ten Brink wanted to keep things as simple as possible. Deploying Quantum 7s gave both familiarity to his favourite engineers and exceptional speed of operation “To create Snapshots and transfer them to another desk only took a minute in total,” he says. “No other desk can do that, so for me the choice was clear and with Ampco Flashlight as technical supplier it was an easy decision, as I use their DiGiCo consoles on many different shows.”

With simplicity being key, anything that was not essential was eliminated, whilst a DiGiCo Orange Box allowed the radio mic channels to arrive at the mix position and be relayed to the OB truck over a Dante network. “We also had an analogue set up in one of the SD-Racks,” Ten Brinke adds. “And there were two Optocore loops with FOH and monitors on one loop, and backups on the other. Simple is always better as if something goes wrong it’s a lot easier to handle.”

As the timecode for the entire show was running through the consoles, the Quantum 7’s double power supply and engine gave the team a feeling of ultimate security. “If the timecode stops, everything stops as all departments are running through our timecode,” says Ten Brinke. “I’ve done a lot of big shows with Quantum 7s, so I trust them; they are so safe and reliable.”

Despite the teams’ experience and confidence in their equipment, there was still much to take into consideration. “It was intense,” notes Verhoek. “We were working from a standstill (we hadn’t done much work since lockdown) and were going into a full-on production that covered 45 – 50 days. But it all went perfectly. For me, the DiGiCos and all their infrastructure performed as we’re used to them performing. There was a backup set up, but we didn’t have to make use of it as there wasn’t a single issue.”

“Everything exceptionally well,” concludes Ten Brinke. “In fact, it couldn’t have been better.” 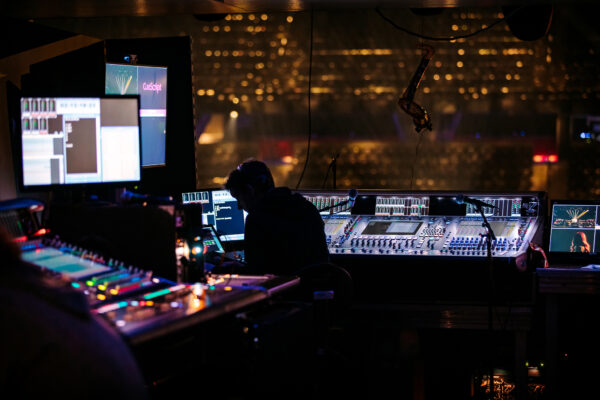 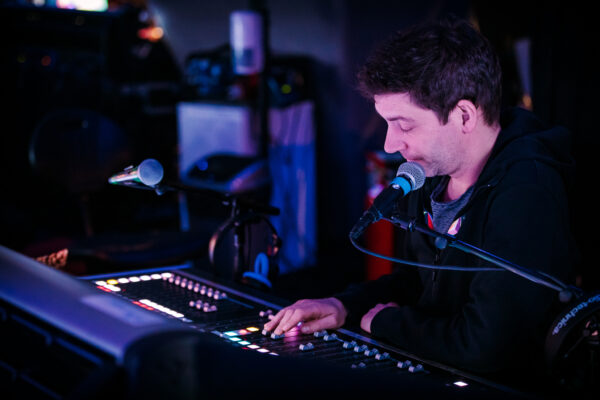