SD12 delivers a barrel of laughs at LAUGHNow Comedy Club

Serving up some much-needed humour, Sky has partnered with LIVENow to deliver a live stand-up series. Produced with live events specialists The Manual London, LAUGHNow Comedy Club premiered on March 19th with its first show, with the series consisting of six 55-minute live sessions, headlined by Jonathan Pie, Spencer Jones, Reginald D Hunter, Ed Byrne, and Nina Conti and Russell Kane. Sky VIP customers were able to win complimentary access to live streamed events via the My Sky App, with some lucky winners also being in with a chance to get a remote place in the audience, on individual TV screens, giving them the feeling they were at the heart of the show. Non-Sky VIP members could also access the event by purchasing tickets via LIVENow. Set in atmospheric music venue Omeara in London’s trendy Borough, audio production company Major Tom supplied a full audio control package and broadcast record, including a DiGiCo SD12 console.

“A Covid-secure bubble was created with physical audience members and crew tested before entering the venue, ensuring everyone adhered to strict safety precautions,” says Major Tom’s project manager, Andy Banks. “One segment of the venue was transformed into a TV gallery, with the main space used for the stand-up performances.”

According to Banks, an audience of 30 joined each session, made up of TV cast members, plus 16 VIPs joining remotely via Skype. Each remote member was on a dedicated LCD screen, with the screens placed between the live audience. This helped with social distancing and meant there was a full view of the audience joining from home and in the venue for the live stream.

“We needed the smallest footprint but with full DMI capability to send an individual mix to each of the Skype users at home, so the SD12 was ideal,” explains Banks. “We had 16 stereo mixes as well as running the venue PA and foldback and feed for record, as well as multi tracking on MADI. In fact, it was really useful to be able to output MADI to a recorder for multitrack for post-production mix down. This was mostly used in the live mix and tweaked after the event.”

Return video in the form of HD SDI program and a dedicated mix-minus AUX send, again over the Dante network, provided a full broadcast experience for the virtual audience members to enjoy the show, offering a true sense of being immersed in the crowd and experiencing the event as if they were actually there.

Acting as the system clock for the Dante network, a DiGiCo DMI-Dante 64@96 card in the SD12 console allowed Wells to receive and send audio to any device on the network. “This included not only the virtual audience environment but video playback machines,” he explains.

The Dante network was managed by four Luminex Gigacore10 switches, providing Dante audio and a stable internet connection required for Skype TX. “The real time bandwidth monitoring feature in Araneo, the Luminex control application, proved to be an extremely useful feature for us,” continues Wells. “As usual, Dante controller provided the management interface for routing of all Dante audio channels to and from the DMI-Dante card.”

“All routing to manage this was handled by the SD12, which executed its job flawlessly,” concludes Wells. “The last live session took place on the 23rd of April and we are extremely pleased to say that all six shows went really smoothly and the audio quality was absolutely brilliant. What we really love about the SD12 is its versatility and compact footprint. No matter how complicated the set up or outputs are, the SD12 just does the job. It’s like having a powerhouse in a match box – we love it!”

We needed the smallest footprint but with full DMI capability to send an individual mix to each of the Skype users at home, so the SD12 was ideal 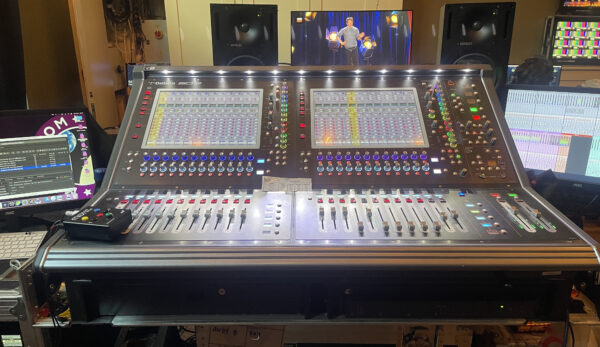 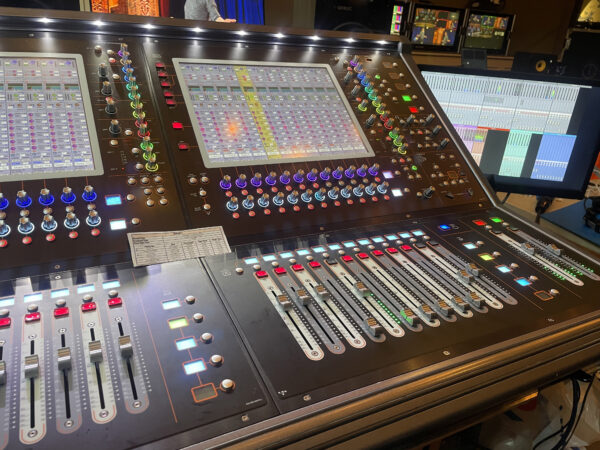