Held annually in March, the Golden Stage Cross Awards is a magical night celebrating World Theatre Day by recognizing the most significant productions, authors and professional artists in what has become Lithuania’s most anticipated performing arts awards. Due to the health and safety regulations, no spectators were allowed at the event this year, with the awards ceremony presented and broadcast live on Lithuanian national television, LRT (Lietuvos radijas ir televizija). NGR Service worked with show organisers to provide the sound system, deploying a DiGiCo SD12 96-channel console with D-Rack and D2-Rack to broadcast the audio “as it should sound”.

Traditionally held in a different theatre every year, it was decided to host this year’s awards in the same venue as last year, at the spectacular Lithuanian National Opera and Ballet Theatre (LNOBT), the largest theatre in the country. Most of the musical performances were pre-recorded to limit physical interaction, and for the few participants that attended the ceremony, testing negative for Covid-19 no more than 48 hours before the start of the awards was mandatory.

NGR’s relationship with LNOBT goes back a long way having worked on several projects together, so when NGR was chosen for this momentous event, they knew they had to go above and beyond to bring the creative concept of director Gediminas Šeduikis and his team into a reality. “We really enjoy working with Gediminas and the entire crew at LNOBT,” says Tomas Ždanovičius, NGR’s FOH Engineer. “They make our work even more interesting thanks to the always new, exciting, sometimes challenging but never boring ideas. Every time, we accept their challenge, and we prove again and again that we have the right expertise and equipment to tackle any creative and technical ask regarding the sound.”

Whilst all the performances between the live presentations were pre-recorded at the theatre a week before the event, the actual ceremony and presentation of the awards happened in real time and was broadcast live on LRT.

“We chose to use DiGiCo SD12 first and foremost because of its quality,” explains Ždanovičius. “DiGiCo’s SD-Range brings a brilliance and transparency to the acoustic instruments and vocals, which was exactly what we needed, especially when working with the orchestra.”

Another benefit that was particularly appreciated by Ždanovičius was the flexibility and functionality the SD12 offered. “It allowed us to build our workspace architecture in whatever way we wanted and needed. For example, having two independent screens is priceless when you are working with 90+ channels,” he adds.

With 86 inputs utilized for the orchestra, soloists, playback, and video audio, plus with additional FX returns, the team had over 90 input channels, 10 stereo, two mono groups and eight Aux for monitoring systems at the event.

“Routing was our key challenge, but with DiGiCo we were able to tackle that by extending and sharing our signals via DMI cards. In our case we used DMI-MADI-B and DMI-DANTE cards to share all the channels to be able to effectively communicate with Lithuanian National Television’s OB van,” continues Ždanovičius.

Ždanovičius was using the SD12 largely as a monitor console, with a second team member positioned within close proximity to the musicians using an iPAD. “Such setup was done because the only option available to us was to use the monitor console at the FOH, which was manned by me and the other staff members,” he says.

It was a deeply evocative experience for the NGR team to be using an SD12 for the Golden Stage Cross Awards as the same console was also deployed on the one-act opera The Flying Dutchman, staged by Klaipėda State Musical Theatre in August last year. Prestigious Golden Crosses were awarded to the professionals working on this magnificent musical production, including Mr. Dalius Abaris who received a Golden Cross for Best Director and Mr. Tadas Girininkas receiving equal merit for Best Soloist.

“It was exciting beyond words to watch The Flying Dutchman receiving not just one, but two Golden Crosses, accolades truly deserved by Mr. Abaris and Mr. Girininkas,” shares Ždanovičius. “It was also extraordinary to know that we were part of the team bringing this production to life, and with the DiGiCo SD12 playing a significant role in the success of the opera.”

With the Golden Stage Cross awards ceremony being a ravishing success, both in terms of the viewing figures and internal feedback from the client, the NGR team could not help but feel proud when they heard Šeduikis saying “as always” when referring to NGR’s excellent service.

“When we get a new project, we know we need to do it 100 percent and with the best tools available,” concludes Ždanovičius. “Whenever we use an SD12, the feedback is the same each time – ‘as always’ – which means that we have once again delivered the highest quality service to our clients and helped them deliver the audio as it should sound to the listeners’ ears. And that’s the golden magic of the SD12!” 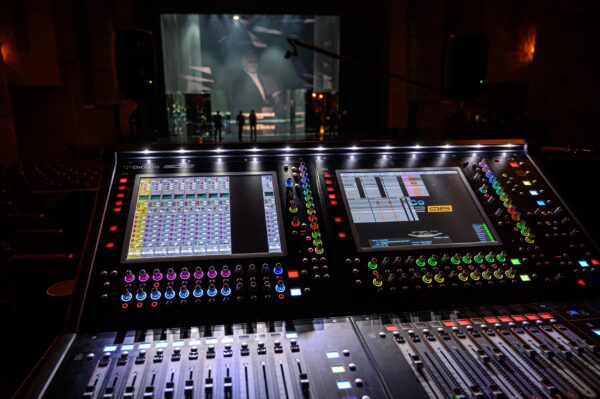 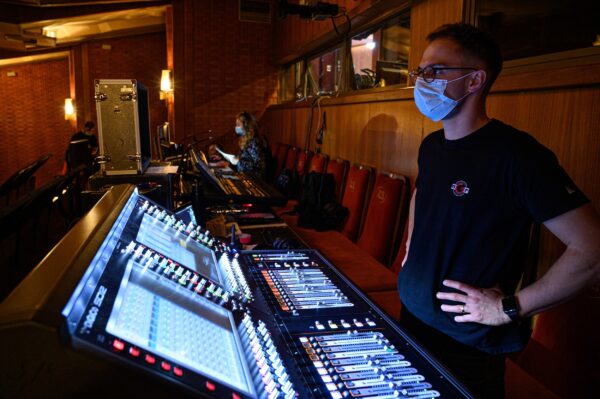 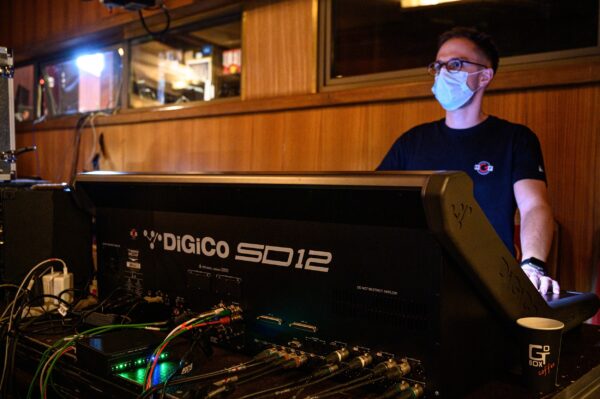 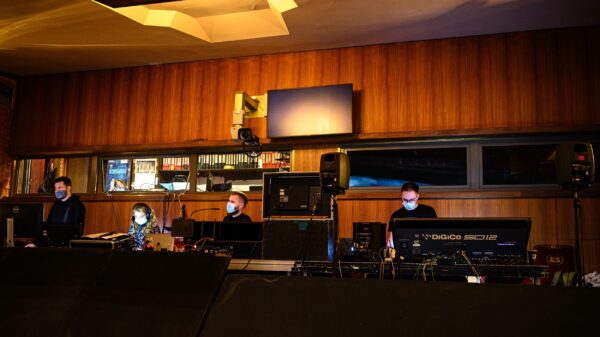