Staged for the first time in Moscow, the musical Chess, with lyrics by Tim Rice and a score from ABBA’s Benny Andersson and Bjorn Ulvaeus, has received rave reviews. Opening in October with limited, but highly enthusiastic, audiences due to current restrictions, this high-octane production is equally hi-tech. Its sound design is by Richard Brooker, who chose a DiGiCo Quantum7 for the front of house mix position to cater for the many demands of the show.

Originally produced in the 1980s and reflecting the tensions of the Cold War-era, the show follows a chess tournament between two grandmasters, one American, the other Soviet Russian. Booker remarks that it has a complicated and exciting musical score that is unlike any other in theatre and requires a powerful audio system that can deliver its full musical spectrum – a mix of quite symphonic orchestral music and full-on rock and pop – all with equal clarity.

The show is staged in the MDM Theatre in the Russian capital’s central Khamovniki District, a venue that is familiar to Brooker, who has previously designed two shows there. The idea of staging Chess in the MDM was first mooted to Brooker two years ago. He received a call from the theatre production’s General Manager last December asking if he would like to do the sound design for it.

“I’ve always enjoyed working in Russia, but the idea of doing Chess there was something special,” he smiles. “It’s not a show that’s produced very often, this is the first time it’s ever been done by a Russian Director, it’s never been done in Russian before, and to get the opportunity to do something with as big a sound as this was a really exciting opportunity. Then, of course, Covid struck and just about every show was cancelled. For quite a few months I thought ‘I won’t be going to do it in Russia’. But we kept talking about it, the Producer kept saying it was going to be alright, and here we are!”

The audio inventory for the show is supplied by UK rental company, Southby Productions, working closely with the Technical Director Digby Shaw and Associate Sound Designer Kelsh Buckman-Drage to put the project together. The show was prepped over three weeks in the UK before it was shipped to Russia in August, with load in starting on the 5th of September.

Along with the Quantum7, the audio inventory includes a d&b V-Series loudspeaker system, chosen by Brooker to account for the size of the auditorium, which is on one level with a continuous rake of seating, and a combination of DPA, Sennheiser, and Neumann microphones.

“I always choose DiGiCo as a central part of my audio designs,” states Brooker. “There isn’t another manufacturer that covers what we do in theatre in the way we need it. Here, we’re using an Quantum7 with ’T’ [theatre] software. All DiGiCo’s consoles have a very flexible layout, great onboard dynamics and the touchscreens are excellent visually, but once you have ’T’ software, it becomes a completely different animal; it makes our workflow much more practical and accurate and means we only have to do things once, rather than repeating them. We can also store information as we go via the Auto Update function, which is a real bonus.”

“The ’T’ software addresses very specific needs for things that happen in theatres,” adds, Buckman-Drage. “For example, I can add an Alias to a channel with a specific EQ, which I can recall any time I want.”

For Chess, there are a multitude of ‘80’s sounds’ for which classic gated drum reverbs are used, creating a dynamics Alias for his reverb return, allowing him to insert a gate over the reverb return. “I can do that very quickly, just by recalling the alias and doing it for every scene,” he explains. “Every time I update the Alias, those settings are stored in every instance of that throughout the show.”

This, along with Players, a handy function that accounts for character changes and changes of cast and allows operators to select which actor is playing a particular role, has proved particularly useful at Chess as it features two different casts.

Sound No. 1 Mixer, Mikhail Sokolik, notes that Control Group Cues allow him to programme the show on the fly. “There’s a scene called The Deal,” he says. “Once I’d mixed the principal, I realised the ensemble should come up in 10 seconds and I’d forgotten to programme it. With only three touches on the console, it was there. It would take me between two and five minutes to do the same thing on another desk, or even a DiGiCo without ’T’ software.”

Chess has either six or seven principals, depending on which version of the show is being staged, plus a 19-ensemble cast, 19-piece orchestra, plus a drummer with a full drum kit and electric drum triggers. With around 130 inputs and 38 Auxes to account for, along with 10 Groups and around 18 matrixes, including surrounds, the SD7 Quantum, along with multiple SD-racks to enable all the inputs, has really come into its own.

“We are fortunate to have a very clever keyboard programmer on the show, Stuart Andrews, who has come up with some amazing sounds for the show,” says Brooker. “With the use of sampled strings that will sit with the real strings just on top, it sounds like a much bigger orchestra than it is.  Also, our musical supervisor, John Rigby, is very good at balancing the orchestra, which makes our life easier.”

“We’re lucky to have so many channels available, as each principal also has a backup microphone,” adds Buckman-Drage. “Mikhail and I have programmed Macros between us, so we can switch to a backup if ever there’s a problem, which is a real comfort factor.”

Bricasti M7s are used for the main vocal and main orchestra sound, along with internal reverbs and FX in the DiGiCo.

“Because the console is so flexible, and with so many effects engines available, we can add whatever we want,” says Brooker. “I always start with basic band reverb and vocal reverb, and then we add effects reverbs and a delay into the basic show programming. QLab is to fire the Sound FX and click tracks for the band, which are minimal in this show.”

The show is recorded live using DiGiGrid ’s MGB and both MADI streams. Up to 120 channels can be recorded, which is really helpful for the team’s reference, allowing them to go back and listen to a singer or snare drum, or teach other engineers to mix the show.

Brooker explains how one never gets tired of the process of putting together a show such as this.

“It’s amazing what happens in five weeks,” he concludes. “You go from an empty theatre to a show that we are ready to put in front of the audience. We had a fully Russian creative team with a little bit of international injection from Sound Design and Music Supervision, and what they managed to achieve in just over a month is magical. I think we can all feel very proud and excited about the end result.

“The Producer, Dmitry Bogachev has done a wonderful thing by getting this together, and in such difficult times. It’s a one off, if not the only large-scale musical production going on in the world at the moment. I am sure the Russian audience shares our excitement and will enjoy a beautiful evening of music and acting – this is definitely a show worth coming to see!”

“There isn’t another manufacturer that covers what we do in theatre in the way we need it." 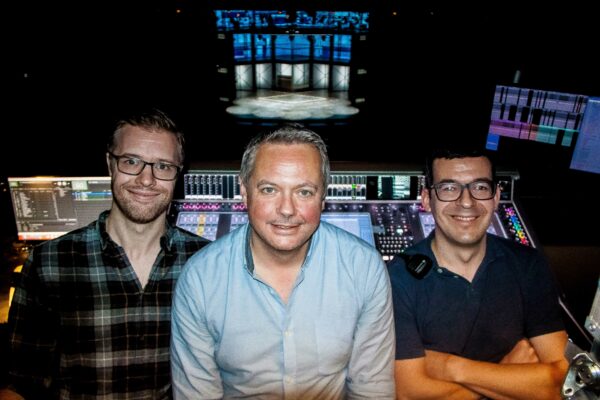 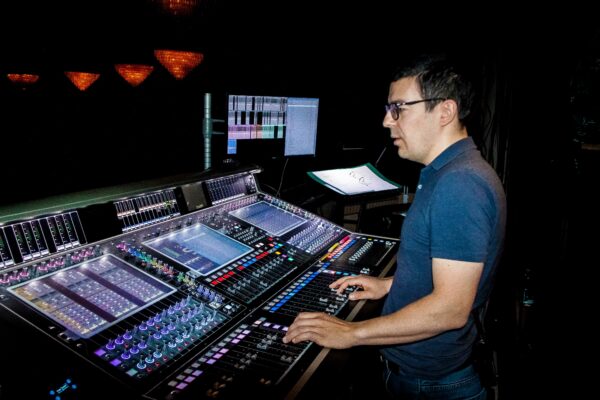 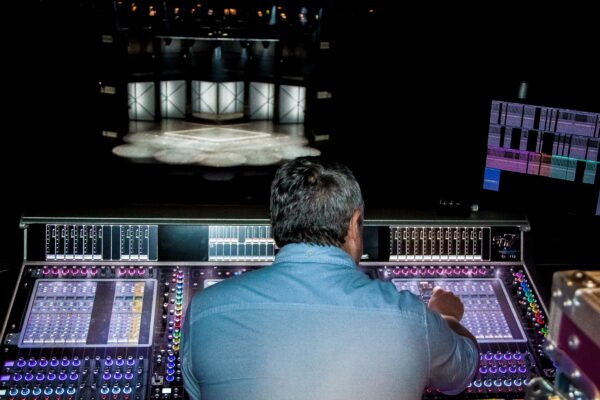 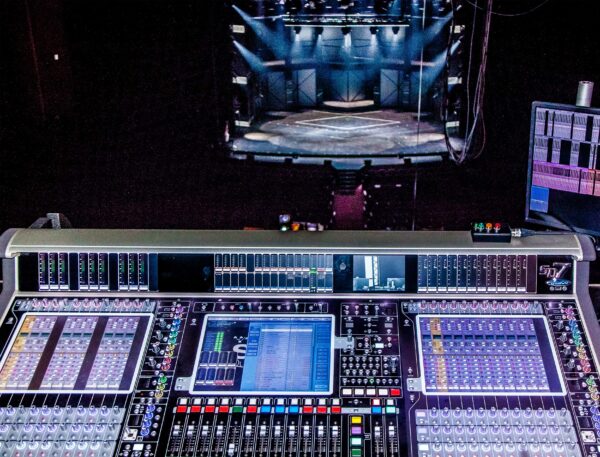 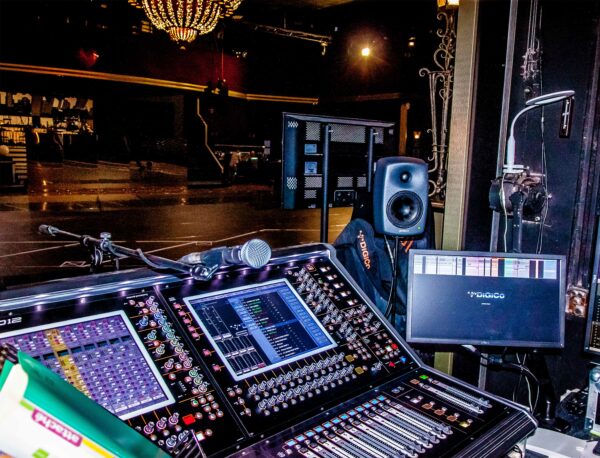