Acclaimed British rock band, Kasabian, has enjoyed a remarkable 25-year career that includes a busy touring roster and seven studio albums. With guitarist Serge Pizzorno now full-time lead vocalist and new album The Alchemist’s Euphoria written and released, the band has embarked on a new chapter, underlined by a comprehensive European and UK arena tour. As it has before, Kasabian’s audio production is relying on industry-leading console manufacturer, DiGiCo, its next generation Quantum technology allowing the audio team to easily navigating the dynamics of Serge’s new role and take advantage of the advanced processing suite for automating monitor console duties and eliminating outboard.

“I joined the team at the start of 2022 and was really pleased to discover I could specify whatever I wanted,” says Rob Waite. “I’ve been a DiGiCo user for a very long time, starting with the D Series and following a natural progression through the SD Series, and now with the new Quantum range. I trust DiGiCo. Regardless of genre, the brand always helps me fulfil the artists’ vision and get the sound they want.”

The tour started in May, opening with a Jools Holland TV appearance, followed by a series of global festivals, an autumn European run, and finished with a UK arena tour.

“I know DiGiCo consoles inside out,” says Waite. “The Quantum 338 is a new model, but the workflow is familiar. The buss structure, the architecture, make it very flexible and powerful. In fact, the high buss count means you can make it do anything you want and then some. Quantum’s new Mustard suite opens up a new palette of processing which allows me to reduce the amount of outboard I use. There are a wealth of different compressor types, giving you great tonal choice, and the all pass filters are a nice addition, providing more flexibility when you’re lining up low-end inputs, as it makes it that much more phase coherent.

“The Tubes on the Mustard processing are highly versatile, and you have more choice on distortion, which is very useful for a band like Kasabian who use a lot of distortion on vocals and drums. The bigger, brighter screens are a lot easier to use in daylight, and the automation system and general user interface are as flexible and useable as ever. I also have two DiGiGrid MGBs running to allow me to record from the console. The bottom line is it’s an old friend with some exciting new bells and whistles. And they’re complemented by L-Acoustics K1 and K2 PA, which means we’ve got a system that delivers all the horsepower a band like Kasabian needs.”

Meanwhile, Jamie Hickey, monitor engineer and self-proclaimed DiGiCo fan who has used the company’s consoles on every tour he has worked on since 2014, joined the tour in September in time for the European leg and UK arenas.

“For me, it’s the lack of limitation that’s the greatest appeal to using DiGiCo,” he says. “There’s so much power, so many routing options and so much flexibility built into the core of the console. My workflow is never inhibited or restricted. No matter the situation, I know the console will always deliver.”

Hickey’s monitor count is 92 inputs from stage, including talkbacks, clicks, triggers and comms, with around 40 outputs, all spread across two shared SD Racks running 32Bit I/O cards, with Con Send/Receive running between FOH and monitor consoles to increase the communications network between the band and all the crew members. There are two DiGiGrid MGB interfaces plugged into the MADI ports to multitrack record at 96K. He is also running Waves SuperRack and Live Processor from the Quantum 5’s built in Waves card.

“I really like the Mustard Processing on the Quantum 5. Having used a Quantum 7 on Snow Patrol for the past few years, I was delighted to see that the SD5 has had the Quantum upgrade,” he continues. “I particularly like the Mustard Tubes and Mustard Optical Compressors, so was really happy to be able to use them on the tour. Implementing the TimeCode to recall Snapshots feature certainly changed my workflow; having multiple Snapshots in a song and having them recall automatically is liberating.”With over 30 gigs completed, the engineers were delighted with the performance and reliability of the consoles, and the support from the DiGiCo and Brit Row teams.

“The Quantum 5 was rock solid. There wasn’t even a hint of a wobble throughout the whole tour and that’s just such a joy,” confirms Hickey. “The DiGiCo team were fantastic in their support for me, especially helping me to implement the timecode to recall Snapshots feature. First class service as always!”

Kasabian plans to continue touring in 2023, performing their new material and maintaining the same successful audio set up.

The Quantum 5 was rock solid 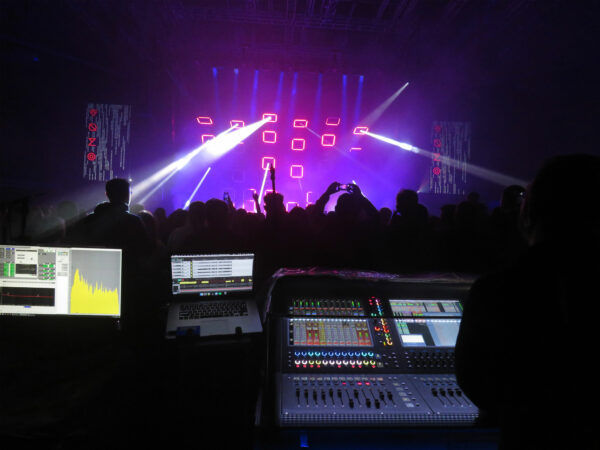 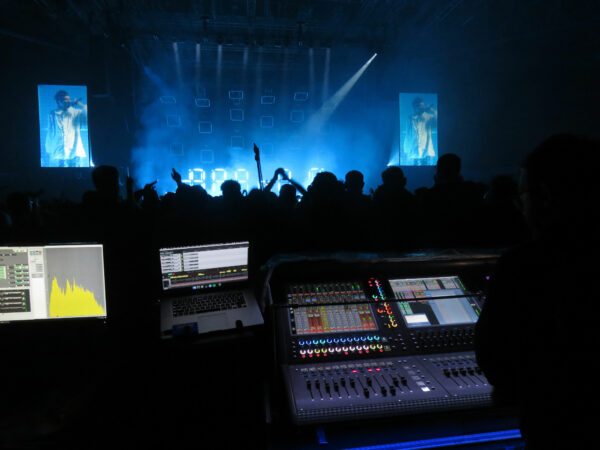 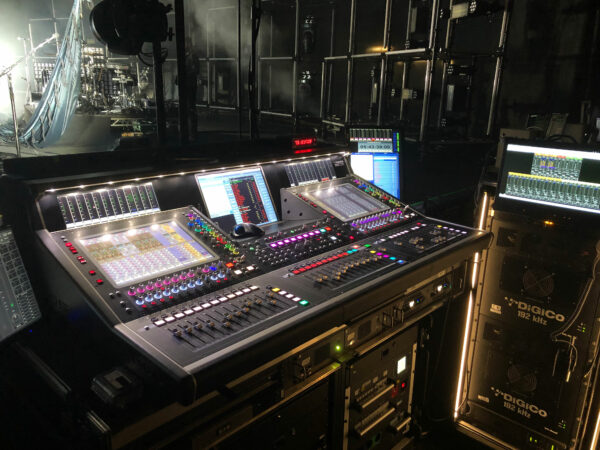 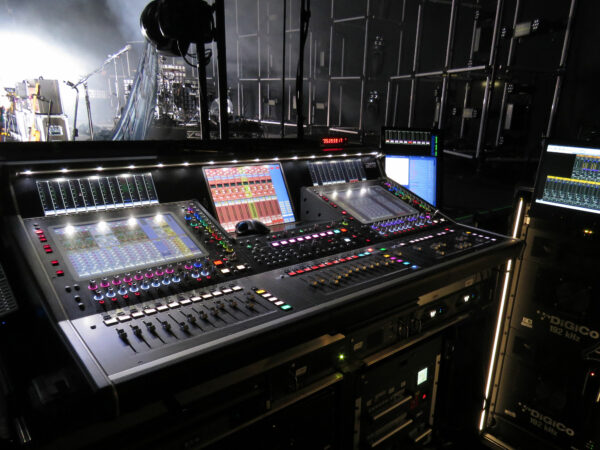 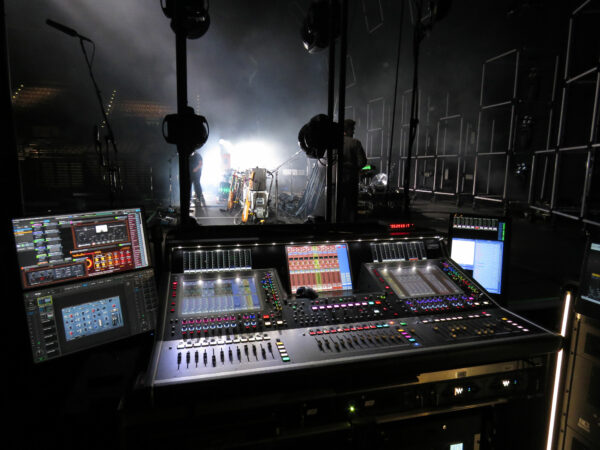