CCBC Technical Director Rob Wimberly, who was the church’s front-of-house engineer for 25 years before taking on his current position there, says the transition to the Quantum range was a natural progression, but also an inflection point. “We had pretty much maxed out the channel count and processing capacity of the SD10 front-of-house desk we had been using, so I talked to Ryan Shelton at Group  One [DiGiCo’s US distributor], who suggested we look into the Quantum range,” he says. “The Q338 was exactly the right fit.”

A DiGiCo DMI-AMM multi-microphone auto mixer card was also installed at FOH and is used to manage microphones for events such as panel discussions. Yet another aspect of the installation was the upgrade from a KLANG:fabrik IEM solution to a DMI-KLANG card at FOH.

This complex upgrade was initially prompted by the need to increase channel counts for front of house and monitoring, but ultimately intended to provide a much higher level of operational sophistication and functional flexibility to the venue’s audio operations. “The church does weddings, funerals, and other events, and we needed to make sure that the whole fiber loop did not have to be on for every one of them; for instance, to only have the front-of-house console on, and not the broadcast console,” explains Digital Resources Audio Design Engineer Lance Eddleman. “We wanted to have different configurations for simple events versus the full-bore Sunday show.”

“We decided to go into the Optocore AutoRouters because we saw much larger road shows using that system and the flexibility behind it,” says Eddleman, who notes that Coldplay had used a similar approach on tour, so he emulated it on a smaller scale at the church. “They use their auto router to configure different speaker arrays depending on the size of the venue, while we use it based on how many consoles or how many stage racks we need for an event,” he says, adding that he consulted with the engineering team at DiGiCo in the process of shifting from the default ring topology of the Optocore loop to a star-type topology that would allow elements on the loop to turn off and on as needed using the auto router.

Not surprisingly, Wimberly says that the Quantum series has changed the church’s workflow for the better. For instance, he explains, “Mustard is fantastic, and it’s now taken the place of so many of the plug-ins we used to use. We’re using Waves now just for the reverbs.”

Other features and functions he appreciates include the desk’s highly flexible pick-off points. “I can set them to pick off an aux at a pre-amp, post EQ, pre dynamics—pretty much any configuration that works best for me,” he says. “And getting comfortable on the Q338 is easy. Anyone who’s ever run any SD-Range console will feel right at home on the Quantum.”

The inclusion of the DMI-KLANG expansion card, which was introduced at NAMM 2020 and is the first hardware product since KLANG and DiGiCo joined forces, was effortless—“It’s truly plug and play,” Wimberly says—and further enhances how monitors can be controlled from the FOH console, as is done at the church. The DMI-KLANG connects directly to the console’s internal audio stream without any additional hardware I/O or infrastructure, and makes it possible to route any audio channel from the console to the DMI-KLANG and return the immersive mix to the aux-merge input.

In the new configuration, the number of IEM users on stage increased from 12 to 16, all still having access to up to 64 channels per person. “I can get a hold of any of the KLANG IEM mixes onstage and control them from the console,” he explains. “The Quantum range of consoles is amazing, and having the integration with the KLANG system makes everyone’s lives so much easier. And that’s why you see so much DiGiCo and KLANG on our campuses.”

Indeed, CCBC’s inventory of the brands’ products is substantial and varied. Across its five campuses, they are currently using a newly installed Quantum338, one SD10, two SD12 (at FOH and broadcast), two SD9 and five SD11, one of which is used for audio-for-video control. On the KLANG side, they now have a DMI-KLANG card, as well as eight KLANG:fabrik 3D personal monitor mixing systems throughout the various church sites.

Christ Chapel Bible Church’s new audio infrastructure was a complex project but one that will help it handle a much wider array of events and performances. “It was a massive undertaking, but now they can easily accommodate anything from a very small wedding up to a show with nearly a hundred people in their choir and an almost-150-person orchestra,” says Eddleman. “And that was the kind of flexibility they were shooting for.”

The Q338 was exactly the right fit. 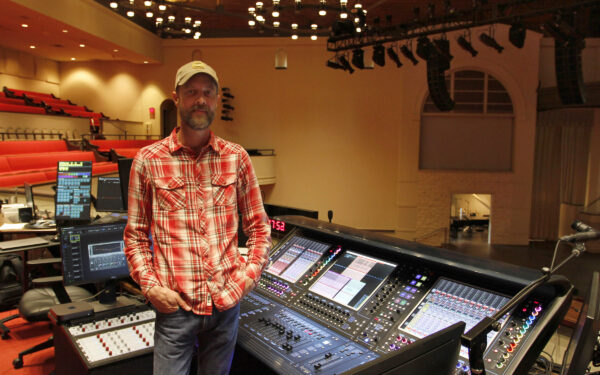 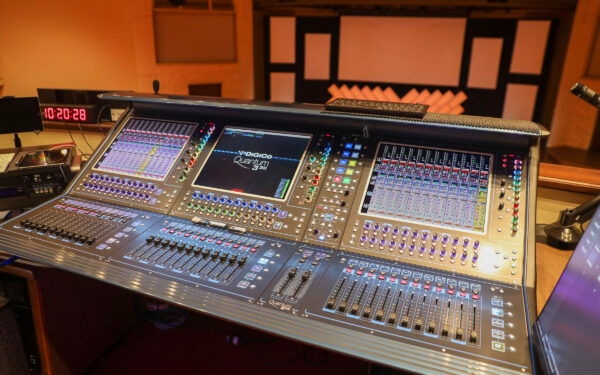 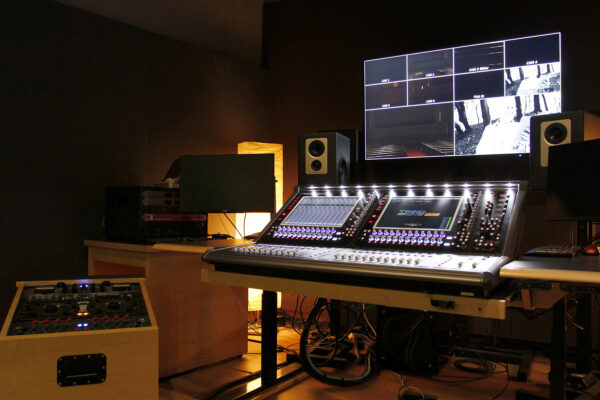